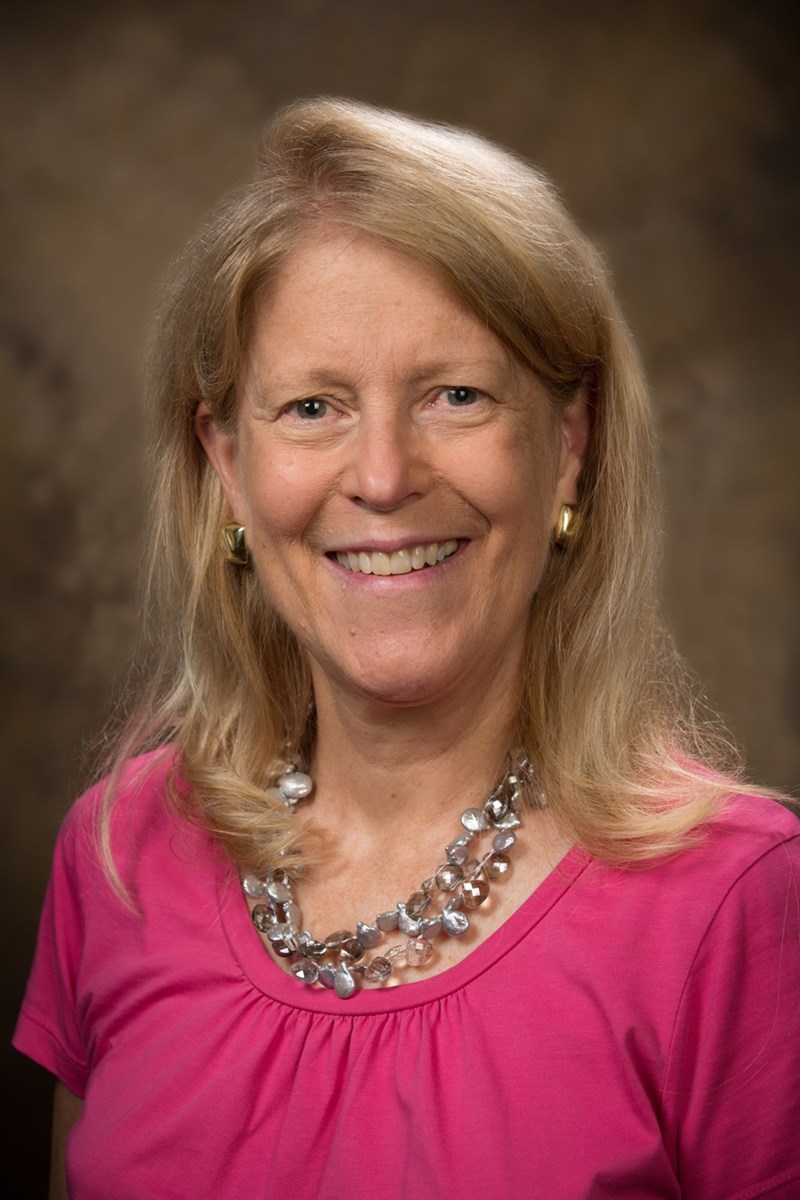 FAYETTEVILLE, Ark. – Alumni, faculty and members of the School of Law and university communities are mourning the loss of professor of law Janet Flaccus, 70, who died Tuesday, March 3, in Fayetteville.

Flaccus joined the faculty in 1984 as assistant professor and in 1994 was promoted to the rank of full professor.

"Janet was the first female full professor on the law faculty," said Robert Laurence, retired professor of law and long-time colleague. "She also sang for Richard Nixon, which I don't believe any other colleague ever did."

Flaccus' interest in learning and equity began long before coming to the University of Arkansas. She grew up in the Pittsburgh area and attended Wheaton College in Norton, Massachusetts. While there, she auditioned for the Whims, a highly-selective traveling a cappella group. In 1969, they took a spring break trip to Florida where they sang for President Nixon.

Flaccus spent her junior year at Dartmouth College. The school hosted a small cohort of women exchange students starting in 1968 before its official inception as a coeducational institution in the fall of 1972. She attended during the 1969-70 academic year, one of 75 women who helped the college ease — over four years — into enrolling women.

She returned to Wheaton and earned a Bachelor of Arts and continued her education at the University of California at Davis where she received a Master of Arts in history and a Juris Doctor, graduating first in her law school class. She spent five years in private practice and earned a Master of Laws from the University of Illinois before she and her husband, Bruce Dixon, professor of agricultural economics and agribusiness in the Dale Bumpers College of Agricultural, Food and Life Sciences, moved to Fayetteville.

Flaccus' academic interests included domestic relations as well as commercial law, contracts, sales and leasing, bankruptcy and negotiable paper. She retired in 2018 after 35 years teaching and conducting research in the university setting. She also provided leadership and instruction to the legal community through her public service.

"Janet loved lawyers and the bar," said Cyndi Nance, dean emeritus, the Nathan G. Gordon Professor of Law and long-time colleague. "For many years she was the editor of Law Notes and was very proud to produce a journal that was directed toward practicing lawyers and that provided them with current, practical information."

Flaccus regularly taught Continuing Legal Education classes for attorneys. She was recognized as a "Best in CLE" presenter several times by the Arkansas Bar Association. She frequently fielded calls from lawyers and judges on bankruptcy matters and considered it an important service to provide answers to their questions.

"Often, the gnarly issues would end up being the basis of an article after she wrestled with the issue," Nance said.

As much as she enjoyed her scholarship, her favorite part of being a law professor was being able to interact with students and help them shape their careers.

"She loved her students and worked diligently at the craft of teaching even after years of success," said Mary Beth Matthews, the Sidney Parker Davis Jr. Professor of Business and Commercial Law and long-time colleague. "In the classroom, she was charming and engaging, enjoying almost a cult following among some students."

Even after decades of experience, she attended a teaching institute to learn new tips and stay current with the most recent practices and theories. She worked hard to prepare her lectures and to ensure that her students learned the latest legal issues and case law — which she also posted on a bulletin board in the law school.

"Any novel, tricky, interesting legal development, she would cut out or copy and post," Nance said.

Her care for students and their wellbeing went beyond academics. She served on the Scholarships and Petitions committees for many years and took every decision seriously. She also took pride in recognizing her colleagues' successes throughout the university, spending many years on the Alumni Association Faculty Distinguished Achievement Awards and the Charles and Nadine Baum Faculty Teaching Award Committee. She regularly joined fellow committee members to surprise awardees by interrupting their classes with balloons, cheering and photos.

Repeated descriptors from her colleagues include: original, bright, sweet, committed, fun, candid, tough, curious and kind.  She cared deeply about the law school and was proud of the progress it had made over the years.

"As a colleague, she was tremendously conscientious, principled and open," Matthews said. "You always knew exactly where she stood on an issue and she would not hesitate to fight for her position."

"When she emphasized a point, any point, the emphasis was palpable, and often loud," said Lonnie Beard, professor of law and long-time colleague. "Her self-discipline was extraordinary, and her empathy for her students transparent."

"Janet was a warm, supportive, fun colleague. Quick with a smile and encouraging word. Kinda like the energizer bunny, always full of energy," Nance said. "She always stopped by to say hello, and if she noticed anything was wrong, she would say, 'What's wrong, kiddo? Is there anything I can do?'"

"She invested heart and soul in her teaching but was so excited about her retirement plans with 'B.D.,' the husband she adored," Beard said

Flaccus enjoyed tennis, golf, 44 years of running with her husband on Sunday mornings, musical theater and the symphony. But her passion in life was ornamental gardening, and she found ways to bring her passions together.

"Every year, she would participate in the faculty auction [a fundraiser held by the Student Bar Association where faculty donate items or experiences] and invite students into her home to learn floral arranging," Nance said. "Her auction item was a big hit with students who talked about how much fun it was."

For the inaugural year of the America-in-Bloom competition in Fayetteville, her gardens won first place. She planned the floral landscaping of the Richard B. Atkinson Memorial Courtyard at the law school, and for many years she designed the floral arrangements for school's commencement celebrations.

"Janet was a truly unique individual," Beard said. "She surrounded herself with flowers, a primary passion, but she also had a ferocious sweet tooth."

"Although she was incredibly smart, she would make these quirky self-deprecatory remarks that would leave her students smiling," Matthews said. "We will miss her."

"One must hope — if one is of a mind to harbor such hopes — that she finds her way to a place with flowers to tend and statutes to ponder," Lawrence said.

Flaccus was preceded in death by her parents, George Edward Flaccus Jr. and Helen Stulen Flaccus; and a brother Robert Flaccus. She is survived by her husband of 43 years, Bruce Dixon; a sister, Louise Flaccus Reese, and her husband, David E. Reese; a brother, George Edward Flaccus III, and his daughter, Sydney Rose Flaccus; two nephews, Caleb Reese and Rhett Reese, Rhett's wife, Chelsey Reese, and their son, David Edward Reese; and a niece, Robyn Cardamone, her husband Richard Cardamone and their sons, Aidan and Logan Cardamone.