U of A Student Rock Band Releases EP 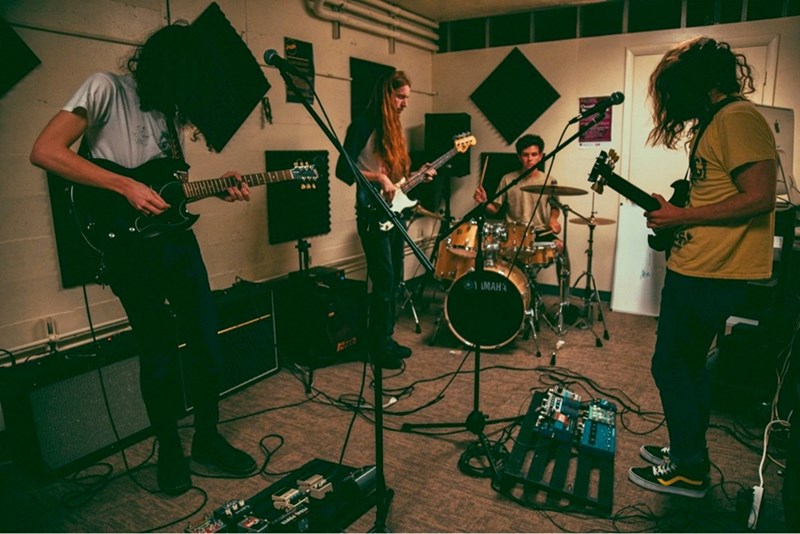 Local rock band Elephantom released an EP titled "Change in the Tides" on February 29. The rock album promises something to enjoy for fans of all genres, given its many nuanced influences.

"Change in the Tides" capitalizes on Elephantom's rock genre by injecting touches of other genres, as well as expressing the authentic personalities of the band's members.

"I think it's the next natural evolution for [Bryce] and his music," said Jake Hertzog, U of A guitar professor. "There's an incredible amount of authenticity from Bryce as an artist, and I think that personality is really strong in his music."

The guitar students are currently studying under Hertzog as members of his studio in the Department of Music, although he attributes the band's success to the students' initiative, in addition to formal musical teaching methods.

"To see students take the initiative with their artistic careers and everything required in the professional world is inspiring to us as a faculty," Hertzog said. "I think there's something intrinsic about the experience of studying music in a formal way that helps the artistic process crystalize."

Look for "Change in the Tides" on music platforms including Soundcloud and Bandcamp now.

Writer Katelyn Barry is a U of A student journalist.