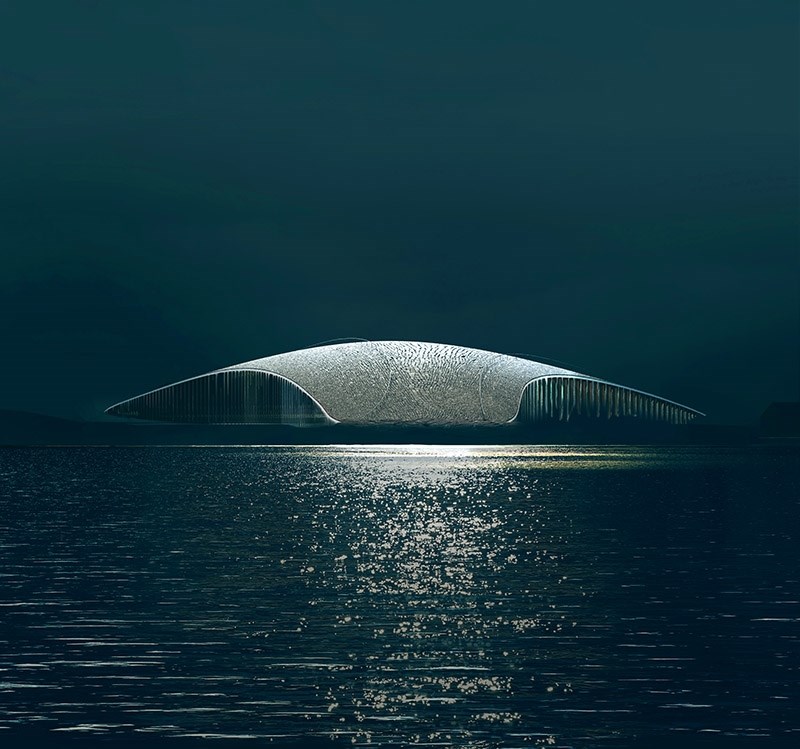 The Whale, in Andenes, Norway.

FAYETTEVILLE, Ark. – Dorte Mandrup will present a lecture at 4 p.m. Monday, March 9, in Ken and Linda Sue Shollmier Hall, Room 250 of Vol Walker Hall, on the University of Arkansas campus, as part of the Fay Jones School of Architecture and Design lecture series.

Mandrup is the creative director of Dorte Mandrup A/S, in Copenhagen, Denmark.

Mandrup is an architect and humanist with a distinct nonconformist mindset. Through strong compositional takes, her forte is designing for complex and challenging sites with an insightfulness that addresses environmental and societal contexts. Her preoccupation with exploring sculptural and material qualities of architecture leads to artful, intriguing spaces that foreground their environment and the conditions from which they arise.

After graduating, Mandrup worked for Henning Larsen for four years, before co-founding Fuglsang & Mandrup-Poulsen Architects in 1996. In 1999, she set up her own studio, where she works hands on and in close interaction with all project teams, attaining design responsibility for the layout of every project in the studio.

In 2019, Dorte Mandrup was awarded Architect of the Year by AW Architektur & Wohnen and the Kunstpreis Berlin (Berlin Art Prize), Architecture Section Award. She headlined at the curated international exhibition at La Biennale di Venezia in 2018 and was appointed chair of the prestigious Mies van der Rohe Award 2019.

Among other professional appointments, she is a board member at the Louisiana Museum of Modern Art (since 2011), was appointed by the Danish Culture Ministry as a member of the Historic Buildings Council, and was invited to exhibit at the 16th International Architecture Exhibition, La Biennale di Venezia in 2018.

This is the 2020 Dean's Lecture in Nordic Architecture, in promotion of the Fulbright U.S. Scholar Program.