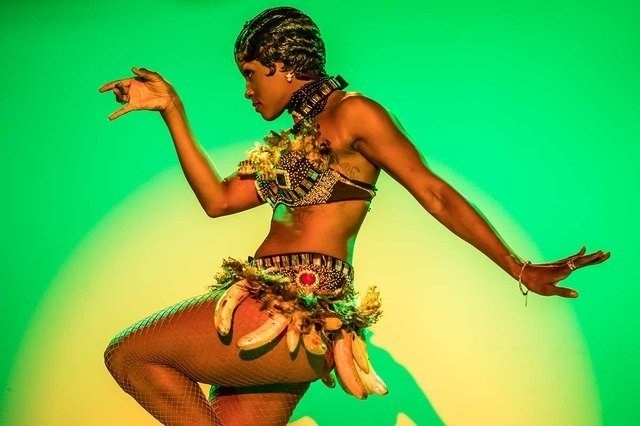 Josephine is a biographical musical that combines cabaret, theatre and dance to tell the story of the iconic Josephine Baker, the first African-American international superstar and one of the most remarkable figures of the 20th Century. Josephine shatters stereotypes of race, gender roles and sexuality in this intimate, charming and haunting cabaret with a twist.

"Through our FPAC Presents series, we are able to bring diverse musicians and performances to our area and cultivate a meaningful discussion around an array of topics," said Nicole Leachman, managing director of the Faulkner Center. "We are excited to bring 'Josephine' to our part of the world."

Josephine Baker was born in St. Louis in 1906 and achieved only moderate success in the United States but became an international superstar after moving to Europe in 1924. She starred alongside white romantic leading men in films in the 30s, had multiple interracial marriages and homosexual relationships, and performed in men's clothing before the term "drag" was commonly used/known. She was a spy for the French Resistance in WWII, a civil rights activist, and mother to 12 adopted children. Her success often gave her the opportunity to live free from the racial oppression of her home nation, though she never stopped yearning for acceptance in America.

On Thursday, Jan. 30, from 7:30 to 9 p.m. at the Faulkner Performing Arts Center, Josephine will take the stage. The show is intended for adult audiences, as it contains adult content and nudity. This show runs approximately 85 minutes with no intermission.

To purchase tickets to the performance, please visit www.UarkArtsTickets.com or the FPAC Box Office, in person Monday through Friday 1:30-5 p.m. or call 479-575-5387.

For additional information about "Josephine," the FPAC Presents series, and much more, please visit www.faulkner.uark.edu.