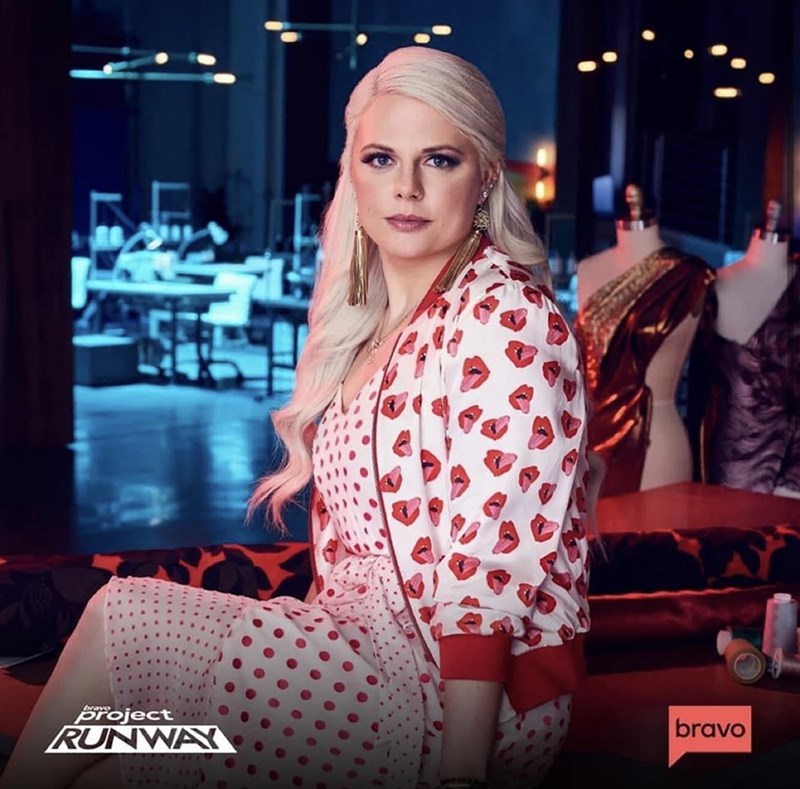 Brittany Allen, a Fort Smith native who graduated from the U of A and Bumpers College in what was then apparel studies in 2011, has had designs worn by celebrities such as Lada Gaga and Jon Bon Jovi.

FAYETTEVILLE, Ark. – Brittany Allen, a University of Arkansas graduate in apparel merchandising and product development, is one of 16 designers selected to compete on this year's Season 18 of Project Runway broadcast by Bravo TV.

Allen earned her bachelor's degree in what was then apparel studies in 2011 from U of A's School of Human Environmental Sciences in the Dale Bumpers College of Agricultural, Food and Life Sciences.

She began her career as lead designer at a company owning four footwear brands. She has also worked with fashion designer Betsey Johnson in fashion domestic production and as lead footwear designer for a celebrity-owned lifestyle brand.

Allen, who is from Fort Smith, is now a pattern maker and computer-aided designer for Understated Leather, which sells to Free People, Urban Outfitters and Revolve, and a fashion and CAD designer for a womenswear brand based in Los Angeles. Allen created her own brand, Brittany Nicole, which has been rebanded Brittany Allen, a namesake clothing brand. She also teaches fashion design at a local institution in Austin, Texas.

Brittany was always thinking and creating outside the norm as an undergraduate in the apparel program," said clinical associate professor Kathy Smith. "She was so driven to intern with Betsey Johnson her junior year that she pursued the designer's company officials, who finally relented and met her face to face and agreed that she was something special. They hired her on the spot. Brittany has been something to be reckoned with from that point on."

Her designs have been featured in Women's Wear Daily, and worn by celebrities such as Lady Gaga and Jon Bon Jovi. They have been showcased at Austin Fashion Week 2017-2019, 2017 Houston Fashion Week, and September 2019 Style Fashion Week, along with WWD and Footwear News.

Bravo TV says this: "Brittany's designs mix powerful shapes with feminine prints, and she incorporates French seams throughout every garment to add couture refinement, and emphasize her formal training and techniques. Brittany's goal as a designer is to bring fun and excitement back into the fashion industry, and her designs are meant to make women feel more empowered and beautiful. She describes her brand as if Dolly Parton and Betsey Johnson had a baby who was then raised by Anna Wintour."

Allen received a Master of Fine Arts degree in fashion design from the Savannah College of Art and Design in 2013 and is pursuing a Ph.D. in apparel, merchandising and design from Iowa State University.

"Brittany's formal education coupled with her intense experiential practice has led her to this moment in her career that will inspire others in this field," said Smith. "Hard work and perseverance has paid off for Brittany, whom I am proud to call a friend and colleague in this profession."

Bravo's original programming focuses on food, fashion, beauty, design and pop culture, and Project Runway is an Emmy-winning competition series with 16 designers competing for a $250,000 grand prize, a feature in ELLE magazine, mentorship with the Council of Fashion Designers of America and more.