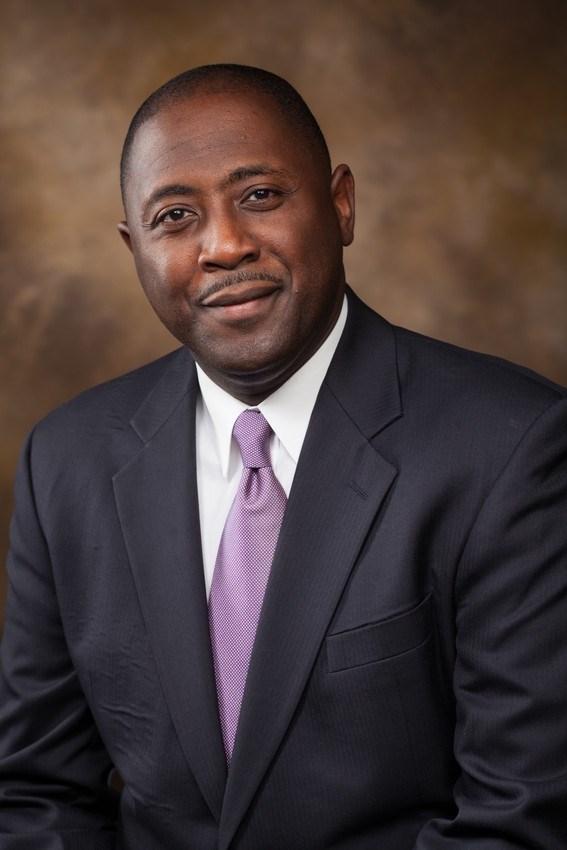 Calvin White Jr., associate professor in the Department of History and associate dean of humanities in the J. William Fulbright College of Arts and Sciences, has been awarded the 2019 Equity Award by the American Historical Association.

The American Historical Association is the largest organization of professional historians in the world, representing more than 12,000 members. The Equity Award recognizes individuals and/or institutions that have achieved excellence in recruiting and retaining underrepresented racial and ethnic groups into the historical profession and specially honors those who secure and sustain diversity in the profession.

"Calvin has been a tremendously powerful positive influence on all of our students, and particularly on those in the college's Department of History and in its African and African American Studies program," said Todd Shields, dean of Fulbright College. "He has touched the lives of thousands of students and hundreds of underrepresented students during his 12 years here at the University of Arkansas. This honor could not go to someone more deserving, driven or student success-focused," Shields said.

White previously served as director of the African and African American Studies Program and chair of the Department of History.

In his nomination letter for the award, colleagues cited White's honesty, his encouragement, his toughness, and his seriousness as the positive character traits that help his students succeed. "White is hard on his students," the letter reads. "He challenges them to think critically, act differently, see life differently, and rely on themselves in ways few could have imaged before they met him."

White's colleagues noted that students of all racial and ethnic backgrounds, especially those from underrepresented racial and ethnic groups, gravitate towards him. They "seek out his counsel, question him about his experiences, and get advice from him about everything from the historical concept of double consciousness to how to tie a tie for a job interview," the nomination stated.

"The Department of History is thrilled that our national professional organization has honored Calvin in this important way for his efforts on our campus," said Jim Gigantino, professor and chair of the department. "After working with Calvin for the last several years, co-leading study abroad trips with him, and seeing him in action with students, I can personally attest to his transformational impact on literally hundreds of students — many of whom would not have finished their studies here without his assistance," Gigantino said.