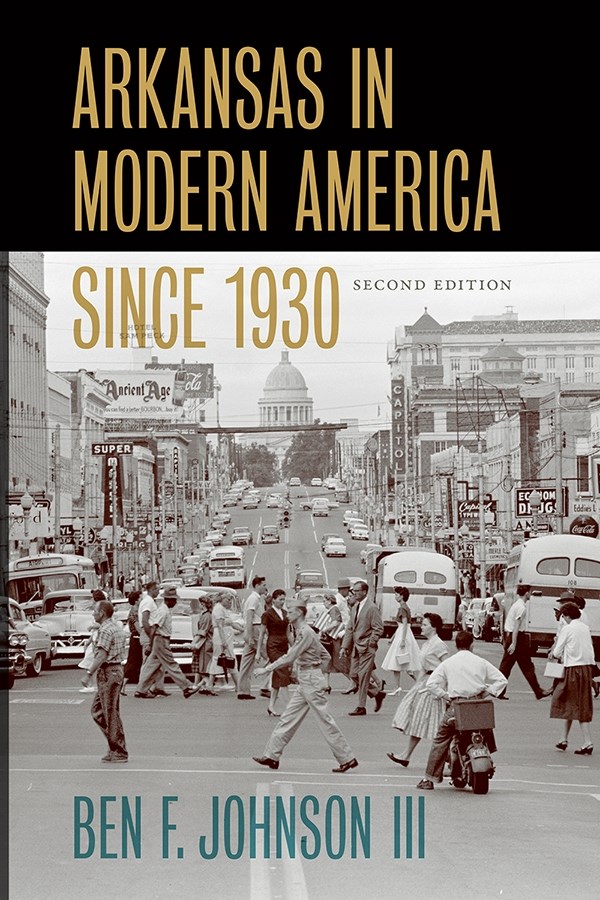 FAYETTEVILLE, Ark. – Ben F. Johnson III, author of Arkansas in Modern America since 1930, second edition, will discuss and sign copies of his new book at the Fayetteville Public Library.

This second edition of Arkansas in Modern America since 1930 represents a significant rewriting of and elaboration on the first edition, published in 2000 by the University of Arkansas Press. Johnson fills in gaps, reconsiders his original conclusions and reflects on new developments in historical scholarship, extending the book’s analysis of the political, economic, social and cultural positions into present day.