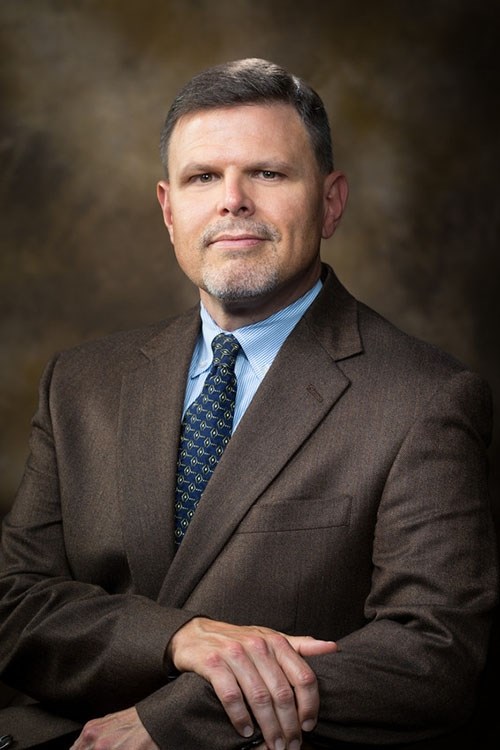 FAYETTEVILLE, Ark. – Michael W. White, who has served for more than 21 years in various roles in the University of Arkansas office of financial affairs, has been named interim vice chancellor for finance and administration, effective Oct. 23, 2019.

White will replace Chris McCoy, who has accepted a position at another institution.

"While I know change can be hard, I'm confident that the finance and administration team is strong at every level of our organization and will continue the good work in all areas, and I have faith in Michael White's ability to keep things running smoothly," Chancellor Joe Steinmetz said. "While we hate to see Chris go, I do wish to thank him for his leadership and service."

The chancellor appointed Randy Massanelli, vice chancellor for governmental relations, to chair the search for a permanent replacement. An advisory committee is being formed to help with a national search.

In these roles, White's duties have included responsibility for accounting, treasury and all Bursar operations, preparation of the university's annual financial report, oversight of internal controls and operating efficiencies, compliance with financial regulations and standards, oversight of the business office and related offices, and management of the university's fixed assets and long-term debt as well as the financial management of capital projects.

Before joining the university, White worked for 12 years with the Arkansas Division of Legislative Audit, where he conducted audits of state agencies, cities, counties, public school districts, education service cooperatives and institutions of higher education, including the U of A.

White grew up in Dardanelle and earned a degree in accounting from Arkansas Tech University.