State of the University Address Set For Tuesday, Oct. 1 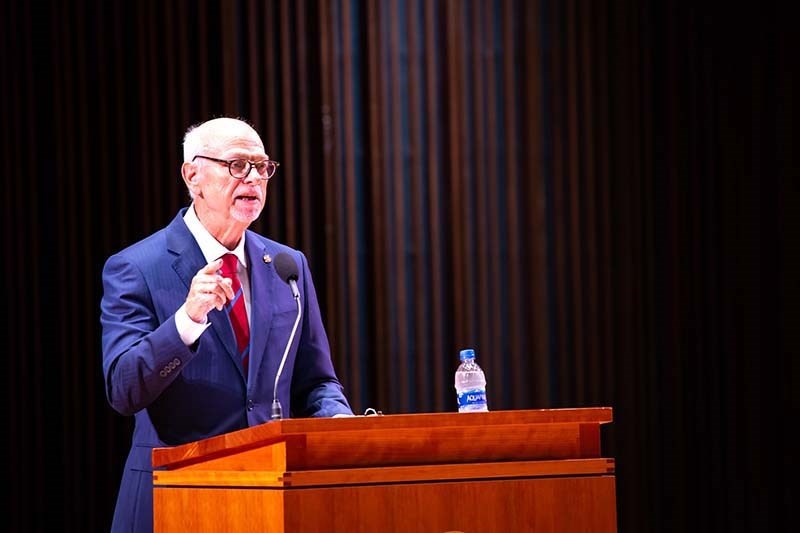 Chancellor Joe Steinmetz speaks to faculty, staff and students during the 2018 State of the University address.

FAYETTEVILLE, Ark. – University of Arkansas Chancellor Joe Steinmetz will provide an update about the university's current status and plans for the future in his annual State of the University address at 11 a.m. Tuesday, Oct. 1, at the Faulkner Performing Arts Center.

"This is an important time in our history as we look ahead to our sesquicentennial in 2021 as well as the changing landscape of higher education in Arkansas," Chancellor Steinmetz said. "I look forward to sharing some of the great things going on at the university and the progress we're making on our priorities."

The address is open to the public. A livestream of the address and later a recorded version will also be available at the University of Arkansas YouTube channel.

The State of the University address highlights One University Week, Sept. 30 through Oct. 4, which also features an academic update from the provost and other key university news, including the introduction of the core values for the campus and an update on planning for the university's sesquicentennial. The university will celebrate the 150th anniversary of its founding in 2021.