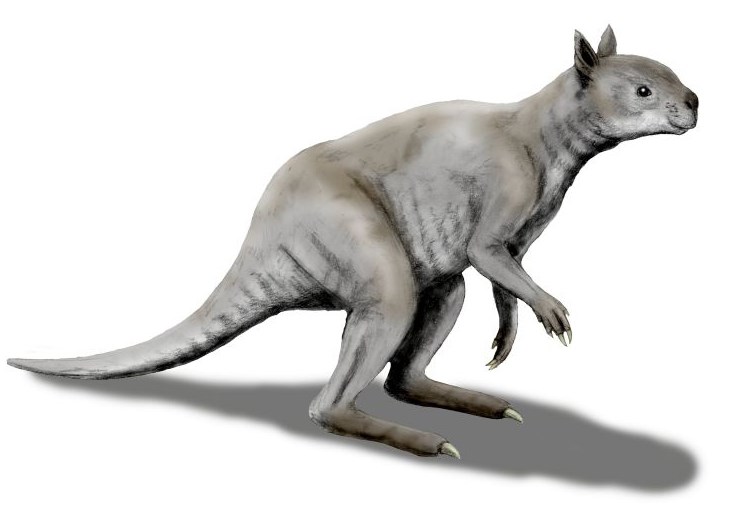 FAYETTEVILLE, Ark. – An in-depth analysis of the skull biomechanics of a giant extinct kangaroo indicates that the animal had a capacity for high-performance crushing of foods, suggesting feeding behaviors more similar to a giant panda than modern-day kangaroo.

The new findings, published in PLOS ONE, support the hypothesis that some short-faced kangaroos were capable of persisting on tough, poor-quality vegetation, when more desirable foods were scarce because of droughts or glacial periods.

“The skull of the extinct kangaroo studied here differs from those of today’s kangaroos in many of the ways a giant panda’s skull differs from other bears,” said Rex Mitchell, post-doctoral fellow in the Department of Anthropology at the University of Arkansas. “So, it seems that the strange skull of this kangaroo was, in a functional sense, less like a modern-day kangaroo’s and more like a giant panda’s.”

Mitchell used computed tomography scans to create three-dimensional models of the skull of Simosthenurus occidentalis, a well-represented species of short-faced kangaroo that persisted until about 42,000 years ago. Working with the models, Mitchell performed bite simulations to examine biomechanical performance. The resulting forces at the jaw joints and biting teeth were measured, as well as stress experienced across the skull during biting.

Mitchell compared the findings from the short-faced kangaroo to those obtained from models of the koala, a species alive today with the most similar skull shape. These comparisons demonstrated the importance of the extinct kangaroo’s bony, heavily reinforced skull features in producing and withstanding strong forces during biting, which likely helped the animal crush thick, resistant vegetation such as the older leaves, woody twigs and branches of trees and shrubs. This would be quite different than the feeding habits of modern Australian kangaroos, which tend to feed mostly on grasses, and would instead be more similar to how giant pandas crush bamboo.

“Compared to the kangaroos of today, the extinct, short-faced kangaroos of ice age Australia would be a strange sight to behold,” Mitchell said.

They included the largest kangaroo species ever discovered, with some species estimated to weigh more than 400 pounds. The bodies of these kangaroos were much more robust than those of today — which top out at about 150 pounds — with long muscular arms and large heads shaped like a koala’s. Their short face offered increased mechanical efficiency during biting, a feature usually found in species that can bite harder into more resistant foods. Some species of these extinct kangaroos had massive skulls, with enormous cheek bones and wide foreheads.

“All this bone would have taken a lot of energy to produce and maintain, so it makes sense that such robust skulls wouldn’t have evolved unless they really needed to bite hard into at least some more resistant foods that were important in their diets,” Mitchell said.

The short face, large teeth, and broad attachment sites for biting muscles found in the skulls of the short-faced kangaroo and the giant panda are an example of convergent evolution, Mitchell said, meaning these features probably evolved in both animals for the purpose of performing similar feeding tasks.

Mitchell is also affiliated with the University of New England in Armidale, Australia, where he performed the analyses during his doctoral studies. 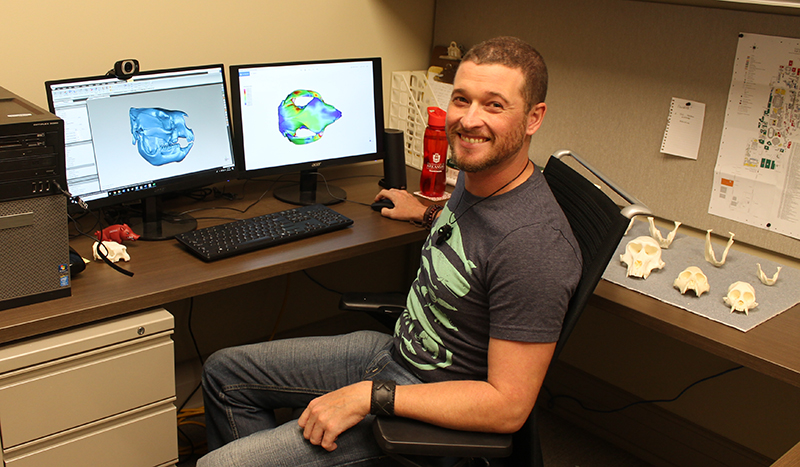