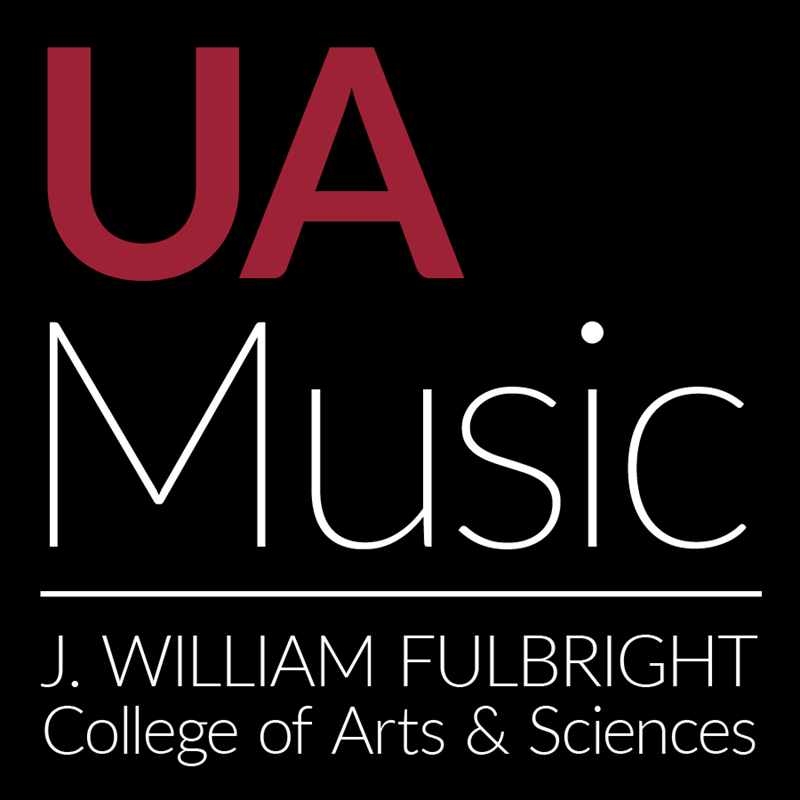 The Department of Music in the J. William Fulbright College of Arts and Sciences is thrilled to announce the promotion of nine faculty members. These professors lead ensembles, conduct research, teach privately, and are recognized performers and directors. Ronda Mains, Department of Music Chair, said of the nine:

"These faculty members represent some of the most dedicated teachers I have ever known. They are devoted educators, outstanding performers and conductors, and amazing role models for our students. The University of Arkansas is better for their hard work and demonstrated commitment to the institution."

The faculty and staff of the Department of Music are proud of these colleagues and thank them all for their service and dedication to the many music programs at the University of Arkansas.

Stephen Caldwell was promoted to associate professor with tenure. Caldwell joined the music faculty in 2012 teaching in the choral activities area as an ensemble director, conducting instructor, and program coordinator for the graduate choral conducting program. He is recognized as an outstanding choral conductor and his original, award-winning compositions and arrangements have been performed throughout the world.

Theresa Delaplain was promoted to teaching assistant professor. Delaplain is a long-time University of Arkansas faculty member teaching both oboe and music theory. She performs regularly as a soloist, chamber musician, and orchestral musician. She is the oboist for the U of A faculty chamber group, The Lyrique Quintette, and is principal oboist for the Fort Smith Symphony, the Symphony of Northwest Arkansas, and the Arkansas Philharmonic.

Jake Hertzog was promoted to senior instructor and named jazz area coordinator. Hertzog joined the music faculty in 2014 teaching jazz and classical guitar. He is a critically acclaimed guitarist, composer, and educator whose career to-date has spanned nine albums as bandleader across jazz, rock, and classical new music styles. At the U of A, Hertzog teaches guitar, jazz, and coordinates the newly minted jazz studies program.

Er-Gene Kahng was promoted to full professor. She joined the faculty of music in 2007 teaching studio violin, string literature, and has served as the director of graduate studies for several years. As an active performer, Kahng is the concertmaster for the Arkansas Philharmonic Orchestra and the Fort Smith Symphony. She is also active in chamber music performing with the Fulbright Trio and founding the Fulbright Chamber Music Series.

Christopher MacRae was promoted to teaching assistant professor. He joined the Department of Music in 2015. Since joining the music faculty, he has taught private voice lessons and has served as the voice area coordinator for the last three years. MacRae made his professional debut with the Calgary Opera and has been frequently engaged as a concert soloist both in the U.S. and internationally.

David Malis was promoted to associate professor with tenure. Malis has been an active opera singer, orchestral soloist, and in musical theatre since 1979. At the University of Arkansas,He directs the UA Opera Theatre and teaches private voice lessons in the voice area. He was the first American to win the prestigious Cardiff Singer of the World Competition and began his career with the San Francisco Opera.

Cory Mixdorf was promoted to associate professor with tenure. Cory Mixdorf teaches the trombone studio at the University of Arkansas and directs the RAZORBONES trombone ensemble. He sustains a regular schedule as a guest artist and clinician on the national and international levels. He is currently principal trombone with the Arkansas Philharmonic Orchestra. Mixdorf also founded the Arkansas Trombone Workshop, a regional workshop for high school and collegiate trombonists.

Eric Troiano was promoted to teaching assistant professor. He is an acclaimed baritone saxophonist, pioneering many solo and chamber works for the instrument. As an active soloist and chamber musician, he has been a guest artist at numerous universities and college and is a founding member of the Viridian Saxophone Quartet. He joined the Department of Music in 2016.

Lia Uribe was promoted to associate professor with tenure. She is an active bassoon soloist and chamber musician. She performs regularly with the faculty chamber group, The Lyrique Quintette, and is the principal bassoonist for the Symphony of Northwest Arkansas and the Arkansas Philharmonic Orchestra. Her research interest centers on Latin-American and Latinx music and composers as well as inclusiveness and diversity in the arts. She serves as the director of undergraduate studies in music.

ABOUT THE DEPARTMENT OF MUSIC

The University of Arkansas Department of Music is housed in the George and Boyce Billingsley Music Building in the heart of the University's beautiful campus in Fayetteville, Arkansas. The Department has been a chartered member of Pi Kappa Lambda since 1984, and the University of Arkansas has been accredited by the National Association of Schools of Music since 1951. Home to over 300 music majors and minors and more than 35 graduate students, the department has a faculty of 50 nationally and internationally recognized scholars, pedagogues, and musicians. Our program offers degrees at the bachelor and master levels and offers an intensive one-year performer's certificate. Through generous support from alumni and friends, the Department of Music became an All-Steinway School in 2010. The University of Arkansas is the third SEC school to gain this distinction and one of only 150 universities worldwide with the honor.