Live at the Five and Dime presents Blue Thread 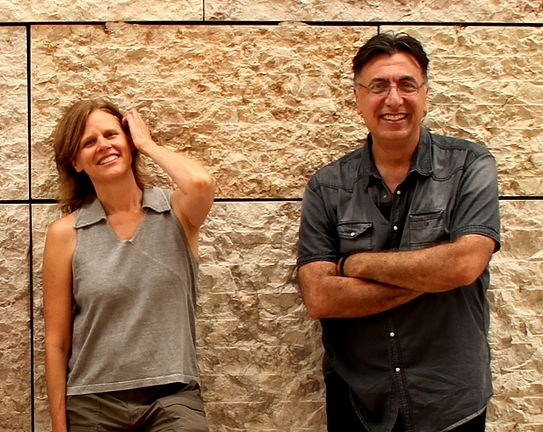 The second season of the "Live at the Five & Dime" outdoor concert series continues on Wednesday, Aug. 14 with the group Blue Thread, featuring Cristi Catt(soprano), Mahshid Iraniparast (santoor), Carol Widder (accordian and cello), and Nikola Radan (flutes, guitar, and percussion). The performance features music ballads from the Ozarks, many of which were found by Catt and Radan doing research at the University Folklore Collection.  The concert will also include medieval love songs from Portugal and Spain. The series is free, and concerts are every Wednesday night from 6-8 p.m. outside the Walmart Museum on the Bentonville square.

Cristi Catt is a founding member of the vocal ensemble Tapestry and a two-time Luso-American Foundation grant recipient. She has recordings with MDG, Telarc, Erato and several independent labels. Catt teaches at Berklee College of Music, New England Conservatory and Merrimack College and presents workshops throughout the United States and abroad. She is the author of The Kinesthetic Singer: Lessons on Singing from Basketball and Yoga.

"Live at the Five & Dime" features 25 concerts from April 24 to Oct. 9. The concerts are a collaboration between the University of Arkansas Department of Music, the Walmart Museum, and Downtown Bentonville, Inc. The performances feature faculty, students and other artists connected to the Department of Music at the University of Arkansas, and overlap partly with the Wednesday Farmer's Market on the Bentonville Square.
Live at the Five & Dime Concert Series Schedule