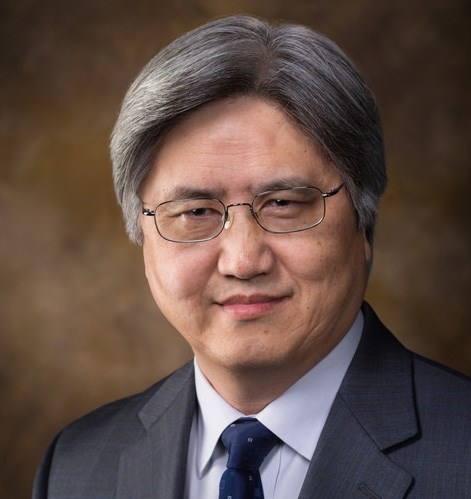 A professor was recognized for his contributions to food safety and a student team was honored for their design work at an international meeting of biological and agricultural engineers in early July.

Yanbin Li, distinguished professor of biological and agricultural engineering and Tyson Endowed Chair in Biosensing Engineering, earned the 2019 ASABE International Food Engineering award for his outstanding contributions to the development of new biosensing and biomodeling technologies for improving food safety.

ASABE is the American Society of Agricultural and Biological Engineers.

Li was honored for his advances in biosensing technology for the rapid detection of pathogenic bacteria and viruses. He has been a leader in developing nanotechnology-based biosensors to detect foodborne pathogens and avian influenza in the field. His collaborators have included scientists and engineers in microbiology, biochemistry, food science, poultry science, electrical engineering and mechanical engineering at universities around the world.

The group was honored for their work on designing a low-impact development solution to a parking lot expansion in Fayetteville's Gulley Park. The student team designed a bio-detention pond system to effectively reduce the runoff volume and pollutant loads from rainstorms. The design incorporates native drought and flood tolerant vegetation around the expanded parking lot to enable biodiversity and an aesthetically positive park setting.

The Biological Engineering student team was comprised of Kristen Connelly, Lillie Haddock, Mary Lawson and Trent Woessner. They were advised by Assistant Professor Benjamin Runkle. The team worked closely with the City of Fayetteville's staff from both their Engineering and Parks and Recreation Departments.

The team's design incorporated a study of the watershed, a capital cost analysis and calculating the hydraulic grade to ensure the bio-detention pond was viable.

The group's aim is to treat runoff water where it lands, rather than routing it through the storm sewer network.