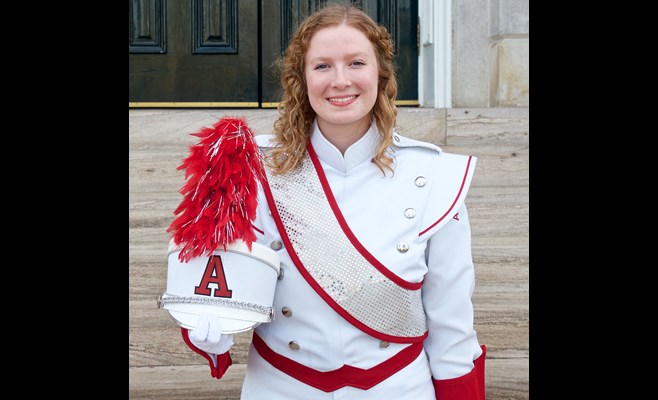 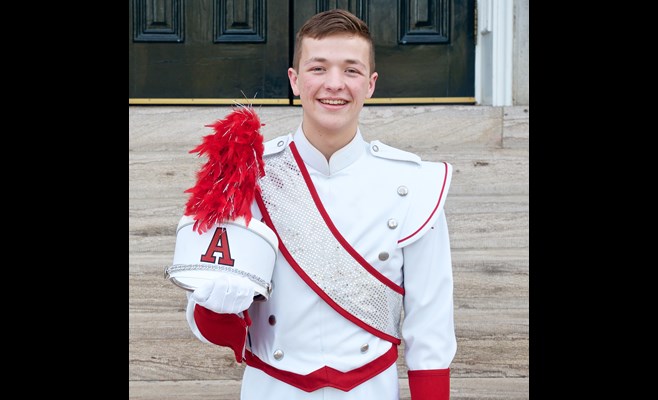 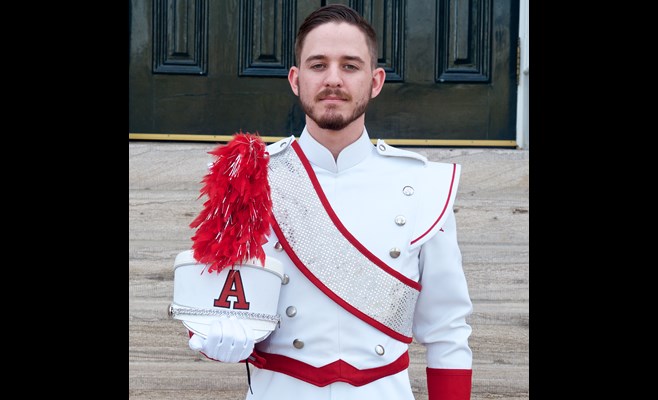 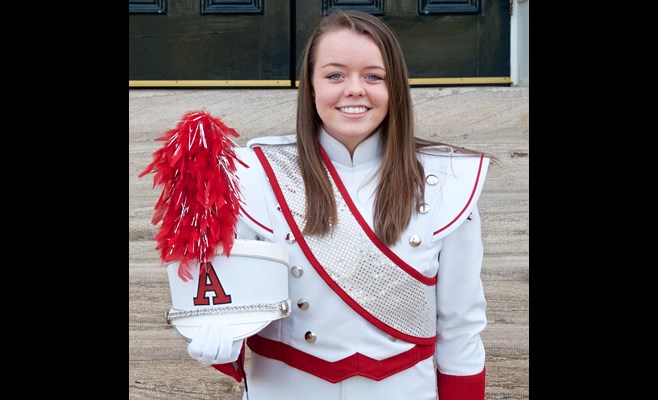 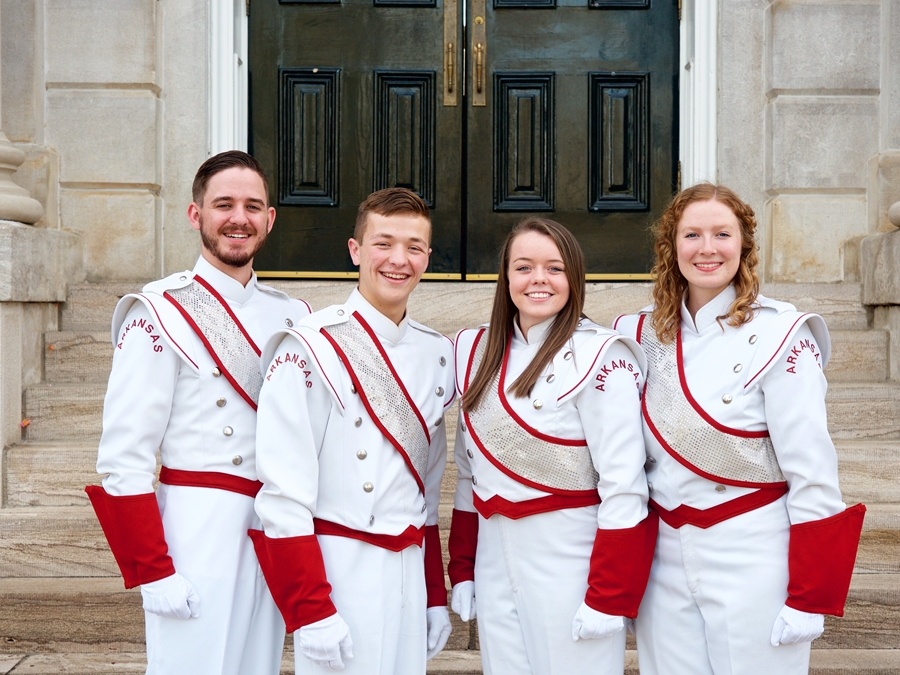 Drum major candidates go through a rigorous audition adjudicated by faculty. During the selection process, students are required to teach marching fundamentals, demonstrate the traditional strut, conduct a musical selection, and complete an interview with band faculty.

"Student leadership is vital to the success of our program," said Benjamin Lorenzo, director of the Razorback Marching Band. "We are looking forward to Katie, Tyler, Connor and Madison adding to the long legacy of talented and dedicated Razorback drum majors."

Katie Craven is a first-year drum major. She is a senior majoring in music education in the Department of Music and plays the flute.

"I am so incredibly humbled and excited by the opportunity to serve as a drum major for the 2019 season," Craven said. "The RMB has played such a pivotal role in my college experience, and I can't wait to work alongside this phenomenal leadership team to make this season the best one yet!"

Tyler Osterman is a first-year drum major. He is a freshman majoring in music education in the Department of Music and plays the french horn.

"Being selected for this position is an honor that words cannot describe," Osterman said. "The Razorback Marching Band has been a home ever since my time at the university began, and it has already done so much to shape me as a musician, leader and person. I look forward to working with faculty, student leadership, and peers to continue this tradition of excellence."

Connor Pocta is a first-year drum major. He is a senior majoring in mechanical engineering in the College of Engineering and plays the trombone.

"I am extremely honored and excited to be able to serve the band in such a prestigious position," Pocta said. "This program means so much to me, and it is a dream to be able to lead them through another great season."

Madison Spyres is in her third-year as a drum major and her first year as head drum major. She is majoring in music education in the Department of Music and kinesiology in the College of Education and Health Professions and plays the trumpet.

"I am honored to give back to the Razorback Marching Band as a drum major for one last season," Spyres said. "The organization has given me so much and allowed me to serve others in some of the greatest capacities a college student could ask for. I am so excited to see how much our members grow as individuals and a group over the next season and what the band will accomplish together this year."