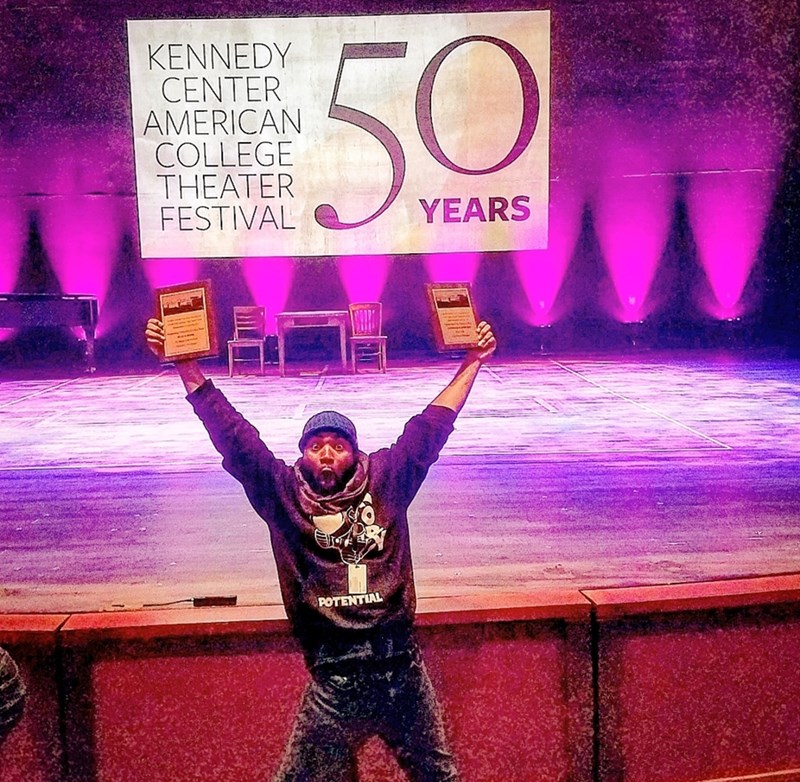 In his final year in the M.F.A. in Theatre Program at the University of Arkansas, Austin Dean Ashford has received a remarkable amount of recognition for his solo plays.

Ashford, an M.F.A. candidate in the Department of Theatre with a dual emphasis in acting and playwriting, spent time in April at the Kennedy Center American College Theatre Festival.

While there, he won awards in multiple categories for his play Black Book — his solo piece that turned the debate about gun violence in our schools into an onstage debate about the necessity of having strong black male mentors in our educational spaces. 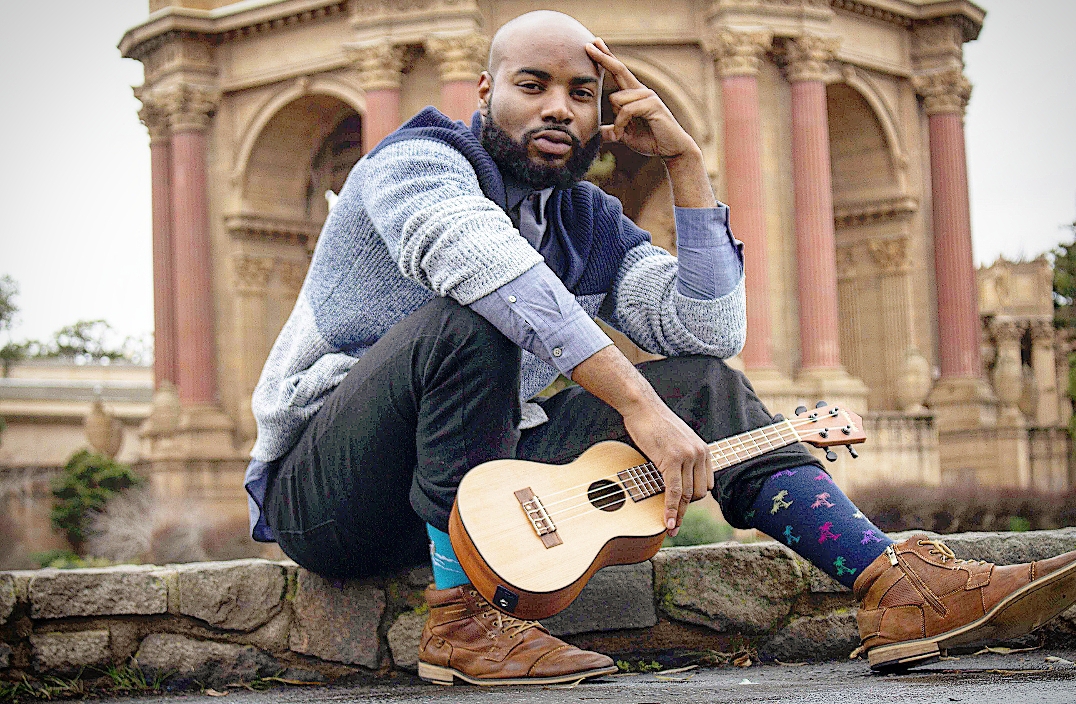 The play, presented on the University Stage in November and then toured, was also the hit of the earlier KCACTF Region VI Festival in February. For it, the Kennedy Center awarded Ashford the Rosa Parks Playwriting Award, presented in association with the Rosa and Raymond Parks Institute for Self Development, which recognizes outstanding plays about social justice or civil rights.

For his acting work in the play, Ashford was also received the Outstanding Performance Award, and the production was awarded the Outstanding Production of a New or Company-Generated Work. Additionally, Black Book received The Kennedy Center Citizen Artist Award — for insisting that theatrical production is central to urgent community, national and international conversations on campuses of higher education.

Ashford performed a short version of the play on the Kennedy Center Millennium Theatre stage on Thursday, April 18, to a rapt and raucous audience. 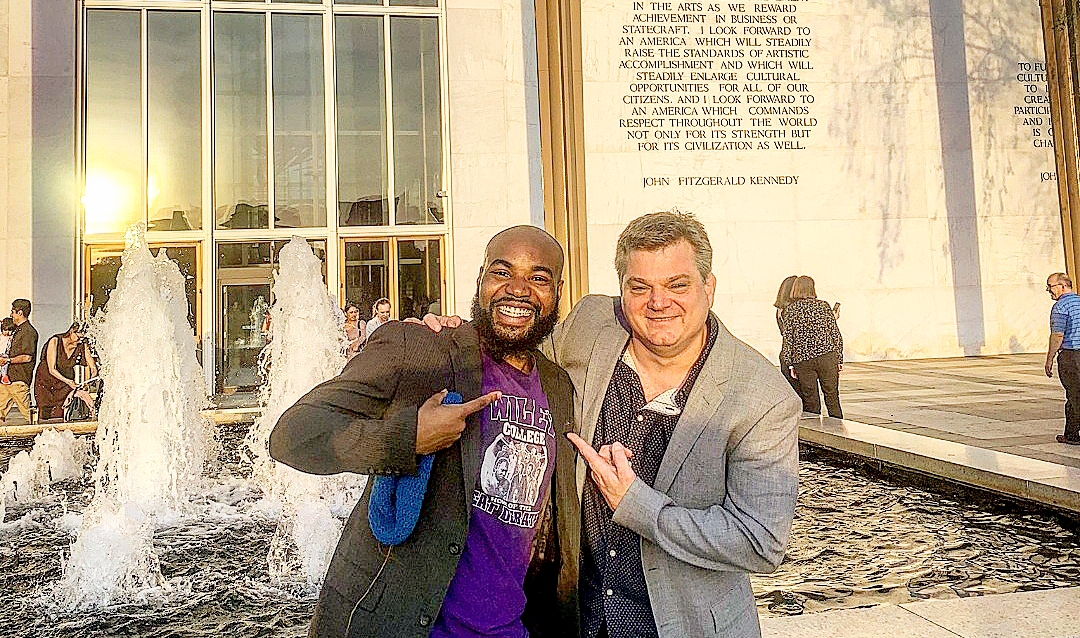 "It was an awesome week for Austin, to have his work and artistry honored and recognized on the KCACTF stage for the second year in a row. It was fun to see and a thrilling capstone to his time as an M.F.A. student here at U of A," said John Walch, head of the M.F.A. Program in Playwriting and Ashford's faculty mentor, who attended the festival with him.

Awards from the Kennedy Center for his sophomore solo play Black Book are not the only accolades Ashford has received this year.

His first solo play, (I)sland T(rap), developed and produced at the U of A in 2017-2018 won awards last year at KCACTF and has gone on to win awards at festivals across the country and the world.

At the San Diego International Fringe Festival in July, Ashford was awarded the Outstanding Solo Performance and Best of Fest Awards. He was also given the New Zealand Cultural Exchange Award, which would send him across the globe. 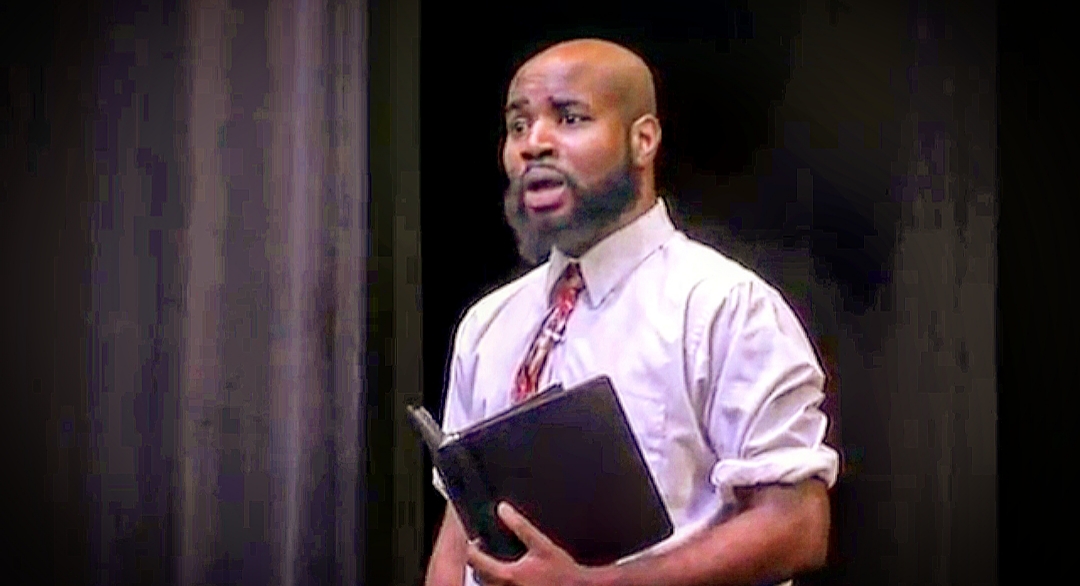 On a more somber note, Ashford recalled, "tragically, Two days after my arrival in Wellington, the Christchurch massacre in New Zealand happened. This was a mass shooting, where 50 Muslims were killed while praying at their local mosques. I could have never predicted when I first made (I)sland T(rap) — which is in part about trying to recover from the trauma of gun violence on an island — how differently the piece would resonate with audiences."

Walch describes Ashford and his work as powerfully resonant and timely.

"While Austin's work is laugh-out loud funny, musical and immensely entertaining, he also strives to create theatrical stories that create a space for healing from trauma — especially around issues of race," Walch said. "I can barely imagine how deeply felt this piece became in a nation reeling from this kind of tragedy."

Walch said next steps for Ashford also include performing locally in the Prison Stories Project series "On The Row", which tours regionally in June. Then he's off to The Edinburgh International Theatre Festival, where (I)sland T(rap) will be a featured production at the Assembly Theatre.

"Austin's grown immensely as an artist while at the U of A; I look forward to seeing where he goes from here," Walch said.

About the Department of Theatre: The University of Arkansas Department of Theatre is a part of the J. William Fulbright College of Arts and Sciences. It combines a first-rate theatrical education full of hands-on experience with a wide selection of titles to challenge students and delight the community. The department offers the Bachelor of Arts degree in Theatre, a broad spectrum program in the context of a liberal arts education, and the Master of Fine Arts degree in six concentrations: Acting, Directing, Playwriting, Costume Design, Scene Design and Lighting Design. Classes at both undergraduate and graduate levels are focused on providing a strong, professional orientation to theatre performance and technology in conjunction with appropriate research-based coursework to address the required foundations in theatre history, dramatic literature and dramatic criticism.