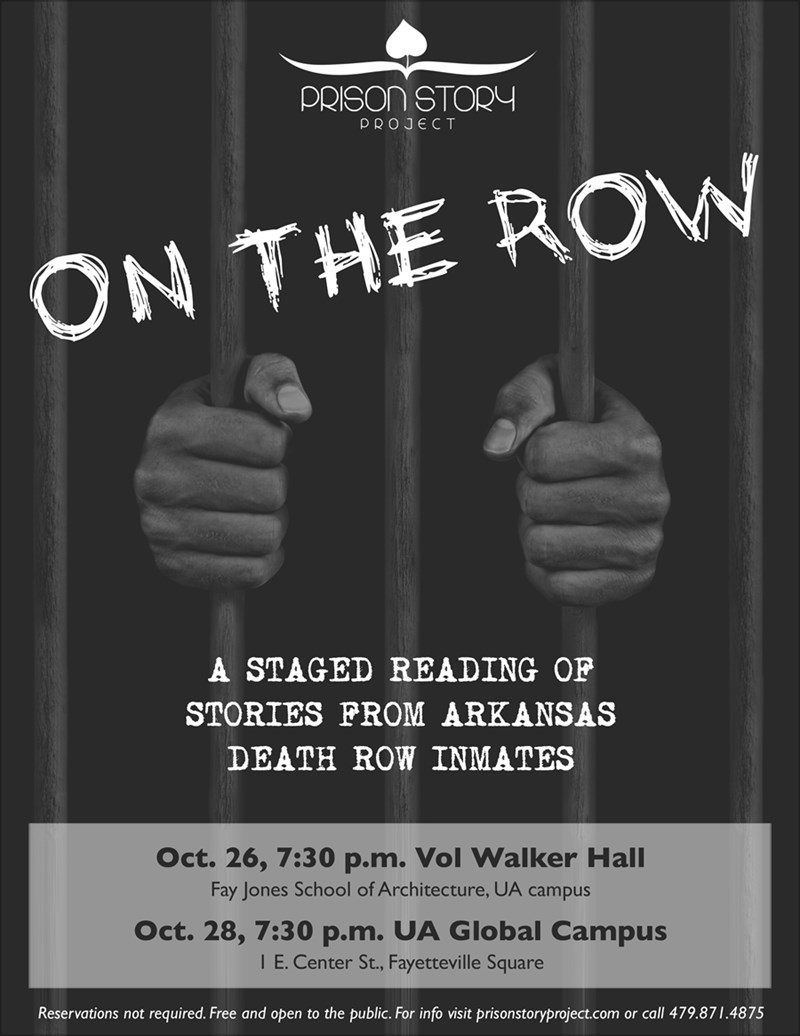 FAYETTEVILLE, Ark. – A new production of The Prison Story Project: On the Row will be performed at 7:30 p.m. Oct. 28 in the auditorium of the Global Campus building, 2 East Center, on the Fayetteville square. The performance is free and open to the public. Donations will be welcome.

On the Row features the writing of 10 inmates housed on Arkansas’ death row. The Prison Story Project artists — poets,  fiction writers and story tellers — spent six months working with these 10 men, leading them in discussions of themes and issues raised by various literary and artistic works.

The inmates then wrote their own responses to the works, and their reflective texts were compiled by a professional playwright, who shaped them into a readers’ theatre script. The script has already been performed for the inmates inside the super-max prison in advance of the public performances. 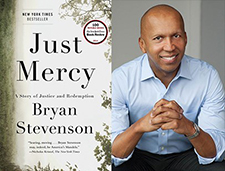 The On the Row performance is part of this year’s One Book, One Community program, built around Bryan Stevenson’s memoir Just Mercy, about his legal career spent representing unjustly accused and convicted inmates.

Stevenson will give a free public lecture at 6:30 p.m. on Thursday, Nov. 3, in the Donald W. Reynolds Auditorium at the U of A, and speak to area book club members at the Fayetteville Public Library on Friday, Nov. 4.

“The goal of the Prison Story Project is to use story to bridge the gap between the inmates we serve and the communities they hope to return to,” said McGregor.  “We hope the stories the actors will be sharing from ‘The Row’ will, in a sense, bring the men home in a way that presents the redemption they have struggled to find in themselves after 20-plus years in a cage.”