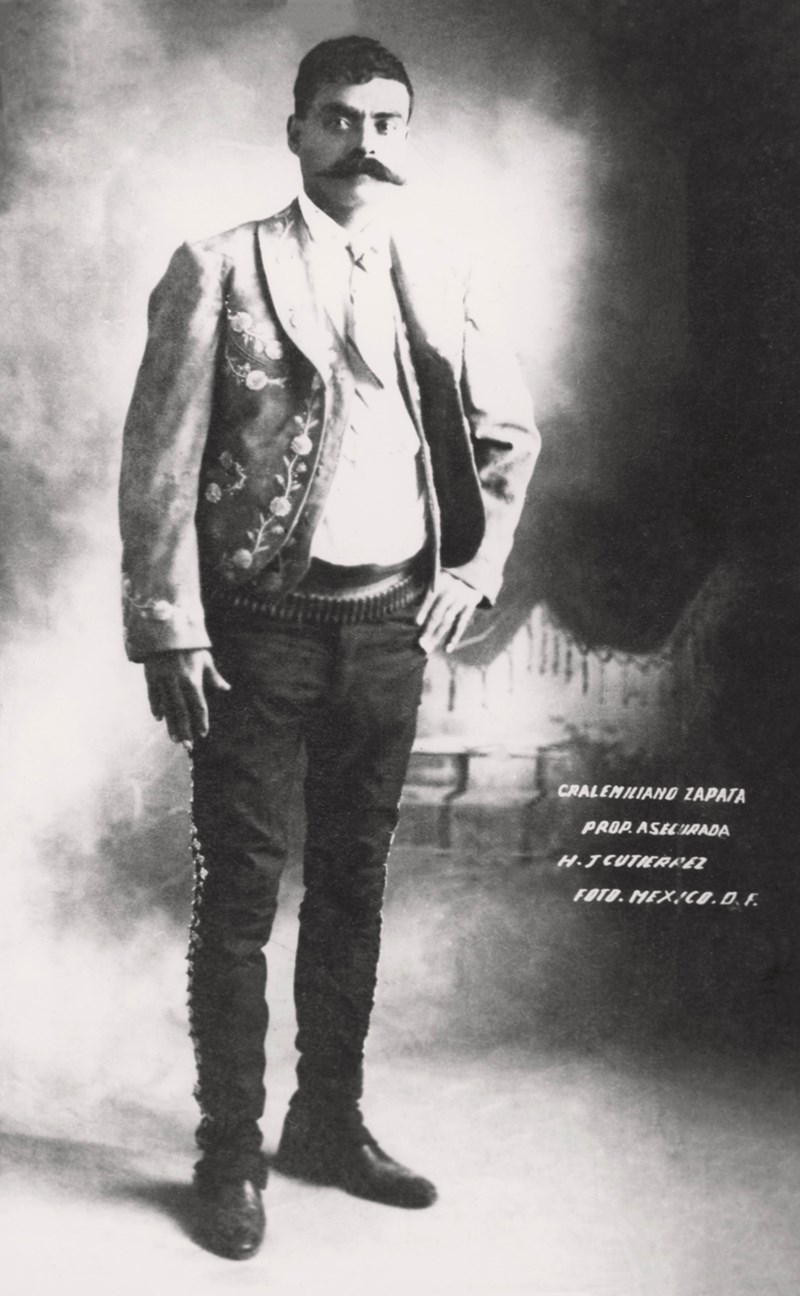 An international photo exhibit celebrating the life of Mexican icon Emiliano Zapata will be on display April 4-15 in the atrium of The David and Barbara Pryor Center for Arkansas Oral and Visual History at One East Center Street on the Fayetteville Square.

A public lecture and exhibit opening reception will both take place Thursday, April 4. Both events are free and open to the public.

The lecture, "Re-remembering Zapata: Managed Memory and Contested Meaning," will start at 5 p.m. and features professor Paul Hart of Texas State University, who is the director of the Center for International Studies.

Hart recently published Emiliano Zapata: Mexico's Social Revolutionary. In this talk, he will explore why Zapata remains relevant today as a symbol of resistance and hope, how his memory and meaning remain contested territory, and how history is used to shape the present.

"The image and symbol of Emiliano Zapata has been carefully cultivated for decades, but popular forces both in Mexico and in the Mexican American diaspora in the United States have challenged the official image, and people identify with Zapata for their own reasons," Hart said.

It will feature Rodolfo Quilantán Arenas, Cónsul of México in Little Rock, who will give the reception's opening remarks and talk about the Casasola Collection and Zapata's legacy.

The U of A exhibit is curated by faculty and students associated with the J. William Fulbright College of Arts and Sciences' Latin American and Latino Studies Program and experts from Art Emporium who mounted the photographs for public viewing.

Read more about all events related to the exhibit in Newswire.

Partners and sponsors for these events and the exhibit include the Consulate of Mexico in Little Rock, Art Emporium, University Libraries, La Oficina Latina, the Honors College, The David and Barbara Pryor Center for Arkansas Oral and Visual History, the J. William Fulbright College of Arts and Sciences' Latin American and Latino Studies Program, Humanities Program and Comparative Literature and Cultural Studies Program, as well as the Department of World Languages, Literatures and Cultures, Department of History, Department of Sociology and Criminology, School of Journalism and Strategic Media and the Diane D. Blair Center of Southern Politics and Society.

About the Exhibit: The University of Arkansas is one of three universities - including the University of Notre Dame and the Universidad de los Andes in Bogotá, Colombia - to host the photo exhibit in commemoration of the 100th anniversary of Zapata's death. The exhibit, "Emiliano Zapata: 100 años, 100 fotos / Emiliano Zapata: 100 years, 100 photographs" depicts the life of Zapata, who was a champion of agrarian and indigenous rights, and for many is a national hero who represented the idealism of the Mexican Revolution. The photographs in the exhibit are from the Casasola Collection, one of the primary archives of the Mexican Revolution.

About the Casasola Collection: The Casasola Collection is inspired by Agustín Victor Casasola, a Mexican photographer and co-founder of the Mexican Association of Press Photographers. He worked for several newspapers in Mexico City in the early 20th century shooting images of daily life, Mexican presidents, and other aspects of Mexican culture. A prolific photographer, Casasola captured or collected hundreds of images of the revolutionary struggle, including images of Emiliano Zapata.