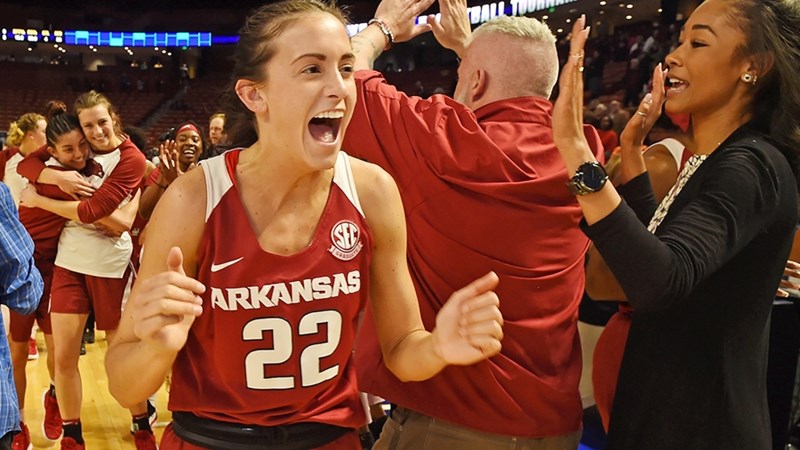 The Razorbacks made a historic late-season run reaching the Southeastern Conference Tournament finals for the first time in program history, upsetting three teams in Greenville, South Carolina, last week. The run moved the Razorbacks into position for a postseason appearance.

Fans are reminded that parking for the WNIT is the same as regular season games. Season-long parking hangtags will be used for all WNIT games at Bud Walton and public parking is available in Lot 56. Tickets in rounds one and two are $5 for general admission and $3 for GA youth. University of Arkansas students are free with their IDs and courtside seats are just $12.

About the WNIT
First-round action begins Wednesday, March 20 and continues through Friday, March 22. Second-round games are slated for March 20-22; Round 3 runs March 27-29 and Round 4 is scheduled from March 30-31. The semifinals of the WNIT will be held April 3-4, and the championship game will be played at 3 p.m. ET, Saturday, April 6 and be televised on CBS Sports Network.

There are five teams that either won or tied for first place for their conference title in 2018-19.