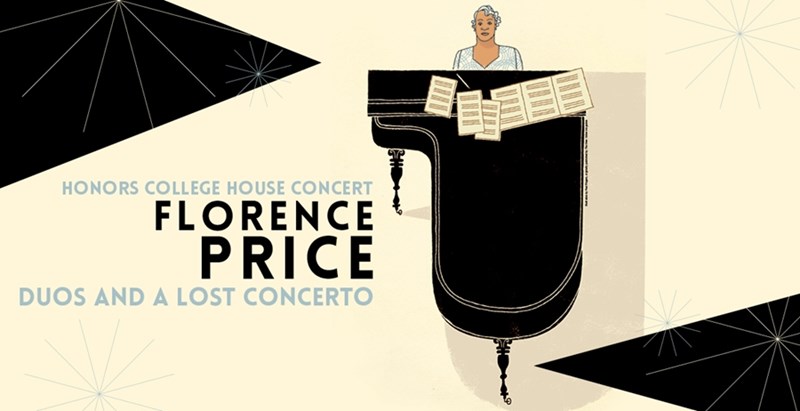 FAYETTEVILLE, Ark. – Chamber music composed by renowned Little Rock native Florence Price will be performed on the University of Arkansas campus for the first time at 6 p.m. Tuesday, Feb. 5, in Gearhart Hall 130.

The U of A’s associate professor of violin Er-Gene Kahng and modern classical pianist Nathan Carterette will perform Price’s “Spirituals,” “Fantasies” and the recently discovered “Violin Concerto No. 2” as part of the spring 2019 Honors College House Concert.

The free concert is open to the public. Light refreshments will be served. RSVP for the event online, and come early to reserve your seat.

The concert will also include a sonata written by Price’s contemporary and friend, Irene Britton Smith, as well as “Dreamscape,” a collection of preludes for piano and violin composed in 2011 by Quentin Kim, who will be traveling to the U of A from South Korea to see the performance.

Florence Price (1887–1953) was the first African-American female composer to have a symphonic composition performed by a major American symphony orchestra, but she struggled to have her works performed in her lifetime. In 2009, however, a new violin concerto and several other manuscripts were found in a dilapidated home that once belonged to Price. This discovery set the music world atwitter, not least because Price, a pianist and organist, was known almost exclusively for her vocal and piano arrangements. Kahng said that the works for strings revealed a remarkable finesse and facility with the violin.

“For a keyboard player the style usually doesn’t translate well, as the idioms of the instruments are so different,” said Kahng. “These pieces really showed her versatility in being able to go outside her own reality and master strings.”

Kahng, who helped highlight the newly discovered works in 2015, was the first person to record Price’s violin concertos, earning praise from The New Yorker, NPR and a wide variety of other news outlets and reviewers.

“I felt a calling to do justice to this music,” Kahng recalled, noting that she found the uniqueness of the project simultaneously liberating and troubling. “Interpreting something for the first time through a composition unknown to most is a complex recipe,” Kahng said. “What do I do to properly honor this person?”

“I just hope my recordings are more of an invitation to start a conversation, than a definitive interpretation,” she added.

The pieces selected for the concert are special, Kahng said, because the listener can hear “the beginnings of a tradition being questioned – a tension between tradition and innovation.” This tension exists in Price’s “unexpected harmonic shifts” within pieces that draw from both the traditional European musical canon and 19th century African American spirituals. These compositions alternatively “pay homage to the violin as a substitute for the human voice” as well as allow the instrument to be “emancipated as the violin,” displaying the technical virtuosity of the instrument itself.

Price’s compositions, programs and other material are held in the University of Arkansas Libraries’ Special Collections Department. A digital collection of selected materials may be viewed online. For articles, podcasts and recordings of Florence Price’s music visit the Research Frontiers website. 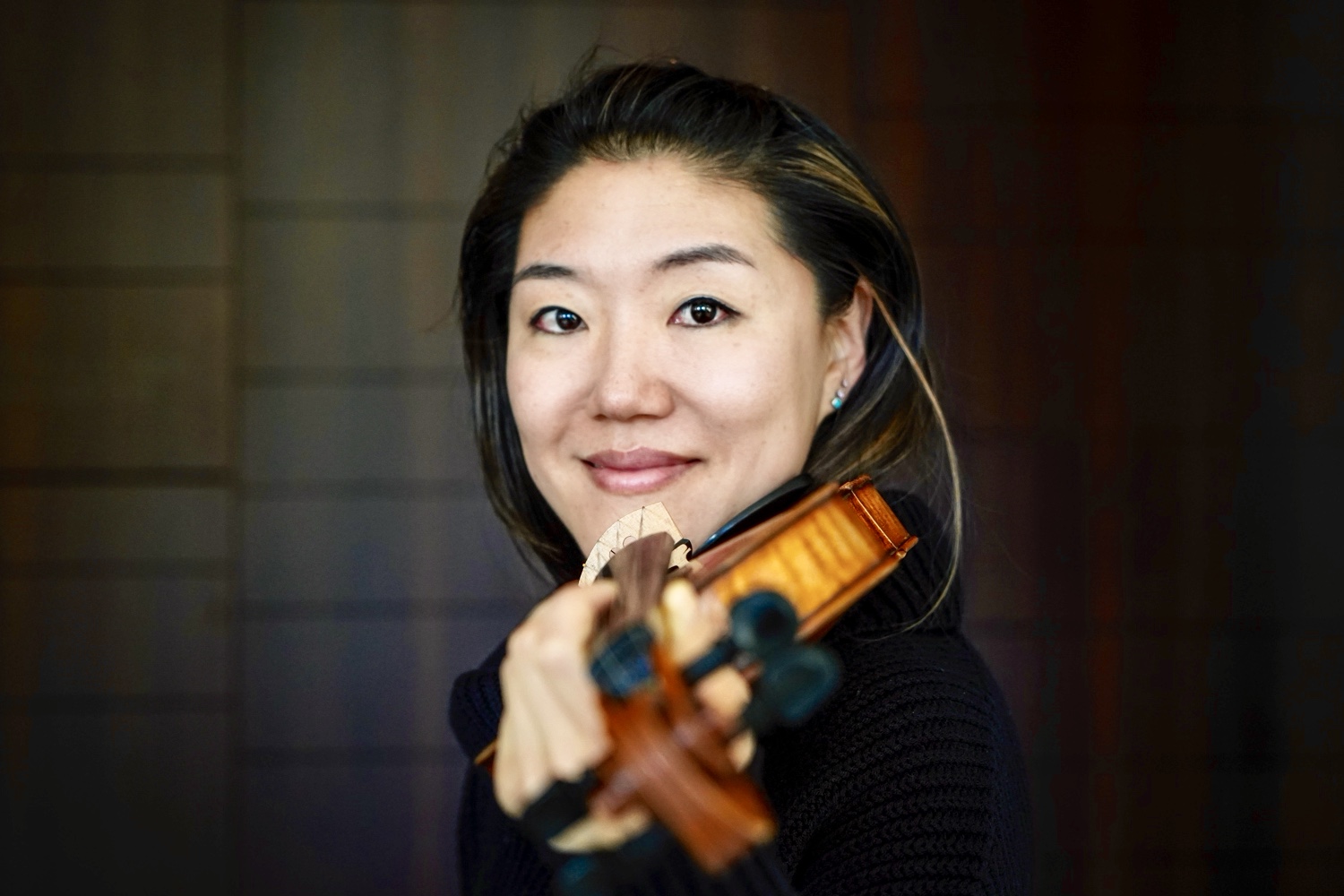 Er-Gene Kahng’s recording of Florence Price’s violin concertos (Albany Records, 2018) has been cited and praised by The Wall Street Journal, The New Yorker, and The New York Times as an important contribution to American classical music, and has aired on programs like NPR’s Songs We Love, and APM’s Performance Today. Alex Ross described the recording as “Price’s best outing on disk to date… Kahng plays the solo parts with lustrous tone and glistening facility.” Kahng currently serves as concertmaster with the Fort Smith Symphony, which has completed a Florence Price preservation project by recording her symphonies No. 1 and No. 4 (a world premiere). She also serves as the Arkansas Philharmonic Orchestra’s concertmaster, which premiered Florence Price’s Violin Concerto No. 2. Previously, Kahng has held title positions with the North Mississippi Symphony Orchestra, the Symphony of Northwest Arkansas, the Baton Rouge Symphony Orchestra, the Civic Orchestra of Chicago, as well as section positions with the Lancaster Symphony, the New Haven Symphony Orchestra, the Eastern Connecticut Symphony and the Artosphere Festival Orchestra.

She is associate professor of violin and the director of graduate studies in the Department of Music, of the J. William Fulbright College of Arts and Sciences. In 2016-17, Kahng was a Visiting Wolfson Fellow at the University of Cambridge in Cambridge, U.K. She received degrees from UCLA, Yale and Northwestern University. 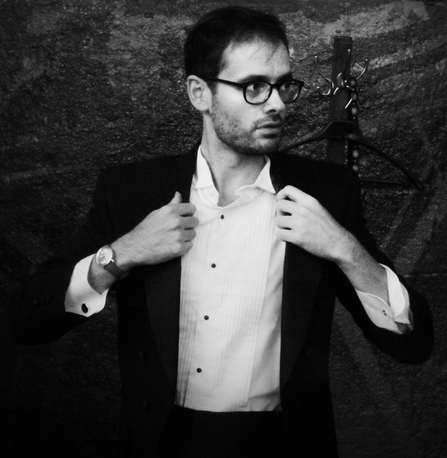 Nathan Carterette studied at the University of Missouri-Kansas City and Yale University before studying in Munich with composer-pianist Dafydd Llywelyn, where he performed the world premiere of Llywelyn’s piano séance “TimeQuake, no. VII, part. II.” Carterette recorded the complete piano works of Quentin Kim in South Korea. He has performed in the Weill Recital Hall and the Yamaha Piano Salon in New York City, the Gasteig in Munich, the Museum für Kunst und Gewerbe in Hamburg and Cleveland’s Trinity Cathedral. His university credits include performances at the Berklee School of Music, Cleveland Institute of Music, Radford University, Kent State University, Baldwin Wallace Conservatory, Busan National University and Carnegie Mellon.

About the Honors College House Concerts: The series launched in 2014 and has featured a wide range of artists, from opera singer and honors alumna Sarah Mesko to a collaborative tribute to Nina Simone. The series is held in the intimate setting of the Honors Student Lounge in Gearhart Hall.

About the Honors College: The University of Arkansas Honors College was established in 2002 and unites the university’s top undergraduate students and professors in a learning environment characterized by discovery, creativity and service. Each year the Honors College awards up to 90 freshman fellowships that provide $72,000 over four years, and more than $1 million in undergraduate research and study abroad grants. The Honors College is nationally recognized for the high caliber of students it admits and graduates. Honors students enjoy small, in-depth classes and seminars taught by the university’s most innovative, research-active professors. Honors programs are offered in all disciplines, tailored to students’ academic interests, with interdisciplinary collaborations encouraged. One hundred percent of Honors College graduates have engaged in mentored research.