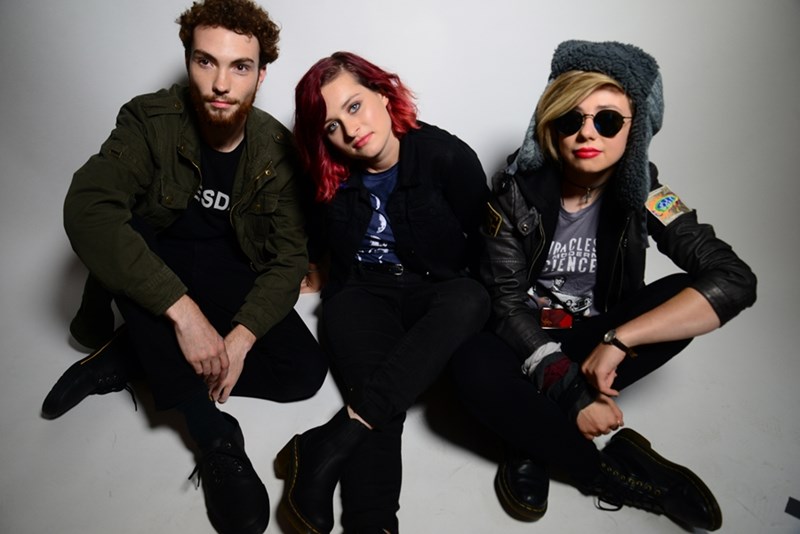 Al Bell Presents and University of Arkansas Department of Music  present The Accidentals, hosted by the House of Songs Ozarks. This dynamic trio brings together their varied experiences as classically trained musicians, singer-songwriters, and studio musicians with numerous influences from country, bluegrass, alt-rock, and jazz. Their three days in NWA will include performances and workshops at the University of Arkansas campus and in the community.

Al Bell, the 2018-2019 McIlroy Family Professor for Visual and Performing Arts, has also arranged appearances by Arkansas native, Sean Michel, as opener for The Accidentals. With Michel's soulful rock sound and The Accidentals' eclectic mix of styles, Bell slated these groups together to highlight their rare and unique talents.

Audiences have two chances to hear the group that Texas Lifestyle Magazine calls "defiant, young - powerful, and undaunted" and the "band to see" at Austin City Limits, SXSW 2018.

In addition to The Accidentals two performances, the trio will give two workshops for Northwest Arkansas students. Their first workshop will be at Roger Heritage High School on Monday, Jan. 14. On Tuesday, the trio will give a workshop for U of A students and the public at 3:30 p.m. in the Music Building on the U of A campus. Both workshops will feature a brief performance by the group followed by discussion of The Accidentals' experience as classically trained musicians and touring artists in the singer-songwriter tradition.

The Accidentals' residency and Sean Michel's performances are made possible by partnerships with the University of Arkansas Department of Music, Al Bell Presents, the House of Songs, and Bike Rack Brewery Company.

Female-fronted, multi-instrumentalist power trio, The Accidentals are Sav Buist, Katie Larson, and Michael Dause., Theykicked off 2018 with the release of their debut album, Odyssey, with Sony Masterworks. They followed the album release with two-hundred days of touring nationally, seventeen festivals, sync placement with Turner Classic Movies and FOX sports, and a RAM Trucks BANDvan #tourtough commercial.

They released their latest single, "Heavy Flag," produced by John Congleton (St. Vincent, Lana Del Ray, Decemberist) in October and they aren't slowing down going into 2019. They are currently scoring an indie film, touring and teaching workshops across the country, and releasing new music.

PopMatters says you can't define them by comparison to any one band, comparing them to a mash up of influences including, "The Beatles, Decemberists, Sufjan Stevens, Led Zeppelin, Ani Difranco, Neko Case, Brandi Carlile, etc." NPR says "they display equal interest in the focused musical forms of indie rock and pop and the expansive potential of orchestral arrangements, jam band open-endedness and impressionistic singer-songwriter expression," adding, "they might be the most compelling songwriters of our time."

Find their music online on all streaming platforms, at Barnes and Noble, and at their shows. Show schedule can be found at Bandsintown and on their website at www.theaccidentalsmusic.com.