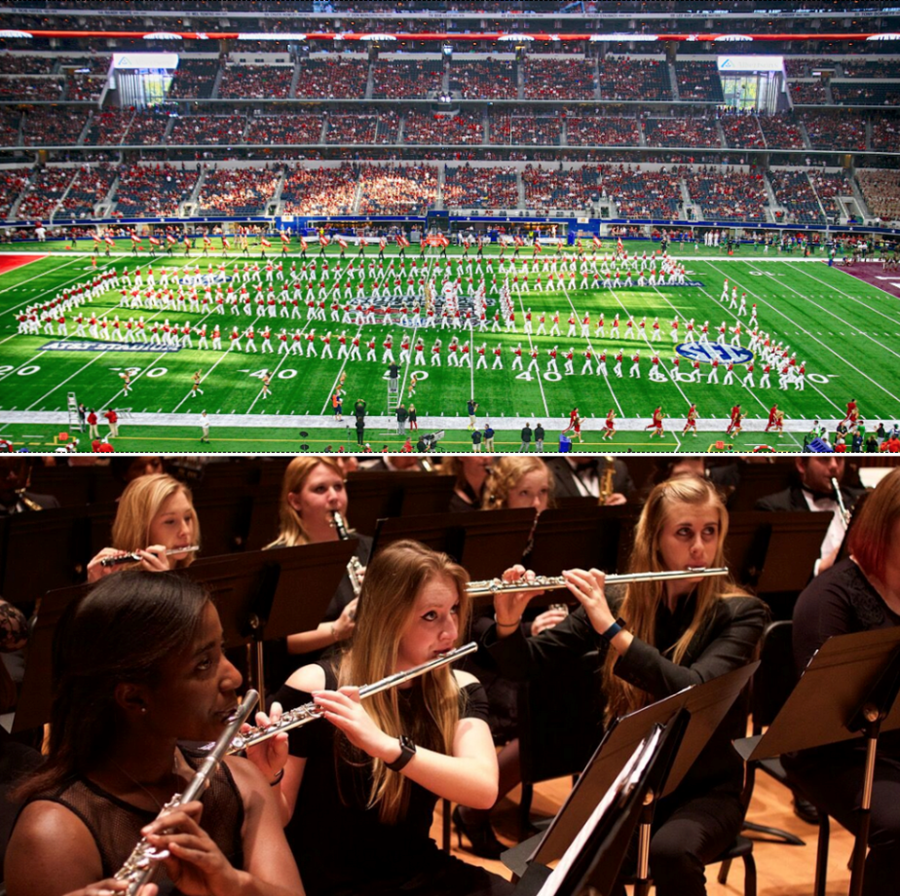 Enrollment in University of Arkansas Bands hit new records for the 2017-2018 academic school year. More than 400 students have participated in the band program each semester, resulting in expanded enrollment and additional course offerings through the Department of Music in the J. William Fulbright College of Arts and Sciences.

The largest Razorback Marching Band in history took the field during fall 2017 with 367 members, a 14.6 percent increase since 2009.

The Hogwild Band, which supports the Arkansas Razorbacks in volleyball, as well as men's and women's basketball both at home and in tournament play, transitioned from a volunteer ensemble to a credited course during the 2014-2015 academic year. The ensemble now consists of over 90 members.

“Diligent recruiting efforts and a focus on coupling scholarship planning with enrollment management has yielded great results and we are happy that so many music majors and more than 200 majors from every college on campus participate in the program,” said Chris Knighten, director of bands.

Band members’ success has extended from the field to the classroom as well. The average grade point average of Razorback Band members, excluding new freshmen and new transfer students, has steadily climbed from 3.08 in 2009 to 3.41 in 2017.

The six-year graduation rate for the group of first-time, full-time, degree-seeking freshman band members who entered the U of A in 2012 is 69.5, an increase from 68.9 for the 2011 group.

Knighten said that the program’s sustained success is a testament to the students’ work ethic and the strong support of dedicated faculty, staff, alumni, friends and university administration.

“For 144 years, the students in the Razorback Band have represented some of the best at the U of A,” Knighten said. “As faculty and staff, we are honored to be able to support this generation of band members as they push for even higher levels of success.”

About the University of Arkansas Bands: The University of Arkansas Bands Program, inside the Department of Music in the J. William Fulbright College of Arts and Sciences, began in 1874 and is one of the oldest band programs in the country. The program has seven ensembles including the Razorback Marching Band, Hogwild Band, and five concert bands with over 400 student members representing every college at the university.