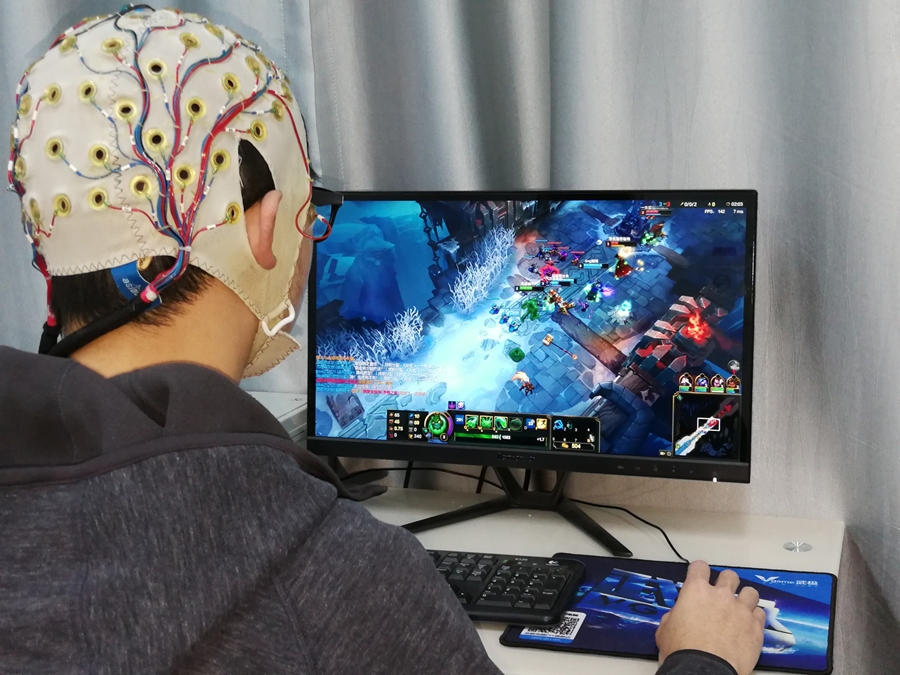 FAYETTEVILLE, Ark. – Researchers have demonstrated that just one hour spent playing video games has an effect on the brain. The research team found changes in brain activity and increased performance on tests of visual selective activity in subjects who had spent one hour playing the League of Legends video game. Their results are published in the journal Frontiers in Human Neuroscience.

Weiyi Ma, assistant professor of human development and family sciences in the University  of Arkansas School of Human Environmental Sciences, collaborated with researchers at the Key Laboratory for NeuroInformation of the Ministry of Education of China, one of the leading research centers for neuroscience in China. Dezhong Yao and Diankun Gong direct the Key Laborator and serve as co-authors of the article.

Twenty-nine male students at the University of Electronic Science and Technology of China participated in the study. The students were identified as either experts, who had at least two years of experience playing action video games and were ranked in the top seven percent of League of Legends players, and non-experts, who had less than half a year of experience and were ranked in the lowest 11 percent of players.

To assess visual selective attention, the researchers briefly showed each subject a square in the center of a computer screen. Then another square flashed in a different part of the screen and the subject was asked to identify the position of the second square relative to the first. During the course of the experiment, the researchers also monitored brain activity associated with attention using electroencephalography, or EEG.

The researchers observed that in the initial assessment, the expert gamers had more brain activity associated with attention than the non-experts. The experts also scored better on the initial visual selective attention assessment.

After the hour long video game session, both the experts and non-experts had improved visual selective attention, and the two groups received similar scores on the post-game assessment. The non-experts also showed changes in brain activity, according to the EEG data. After the gaming session, their brain activity was similar to that of the experts.

The researchers explained that, while these results suggest that short periods of video gaming can change brain activity and improve attention skills, they point out that further research is needed to see how long these effects last. “These findings by no means suggest that expertise acquisition can be completed within one hour,” they wrote in the paper. “Indeed, research has shown that expertise acquisition is a protracted process that may take years to complete.”