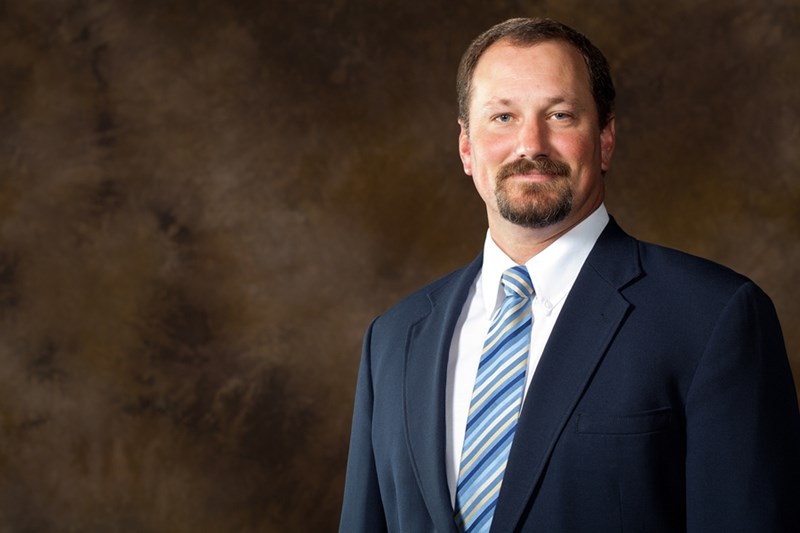 Bumpers College professor Jason Norsworthy was one of five individuals with connections to the Department of Crop, Soil and Environmental Sciences recognized at the Weed Science Society of America's annual meeting.

WESTMINSTER, Colo. – Jason Norsworthy, weed scientist for the U of A System Division of Agriculture, was honored by his peers as a fellow of the Weed Science Society of America.

Norsworthy, a professor in the Dale Bumpers College of Agricultural, Food and Life Science's Department of Crop, Soil and Environmental Sciences, was also honored as outstanding researcher of 2018 and was co-author on the work recognized as for outstanding paper-weed technology during the society's annual meeting last week at Arlington, Virginia.

Chris Meyer, a doctoral candidate in weed science at the U of A, was named outstanding graduate student. While pursuing his Doctor of Philosophy, Meyer has been recognized for his academic and extracurricular achievements with awards including the 2015 Arkansas Soybean Promotion Board Ph.D. Fellowship and the 2015 Bumpers College of Agricultural, Food, and Life Sciences Distinguished M.S. Student Award.

"We're extremely proud of the achievements of our faculty and students," said Robert Bacon, head of the Crop, Soil, and Environmental Sciences department within the Division of Agriculture and Bumpers College. "Our weed science group is one of the best in the nation and this week's recognition from the Weed Science Society of America — the highest in this field — certainly underscores that excellence.

"It's especially rewarding considering the past year, when weed science was on the front page as dicamba made headlines not only around the country and around the world," said Bacon. "Jason was one of the weed scientists in the glare as he and others had their research scrutinized over and over as the issue drew the attention of media and industry."

There were other Arkansas connections honored this year.

Nicholas Korres, co-honored as an outstanding reviewer, is a post-doctoral research associate at the U of A System Division of Agriculture working under the direction of Norsworthy. Korres' work revolves around weed demographics and population dynamics within crops and cropping systems or between diverse environments, weed ecophysiological aspects and weed-crop interactions.

Prashant Jah of Montana State University-Bozeman, the outstanding early career weed scientist, earned his doctorate at the U of A.

Also this week, Bob Scott, extension weed scientist for the University of Arkansas System Division of Agriculture was named president of the Southern Weed Science Society.

To see more, download a PDF about the WSSA awards.

Mary Hightower, director, communication services
U of A System Division of Agriculture
501-671-2126, mhightower@uaex.edu