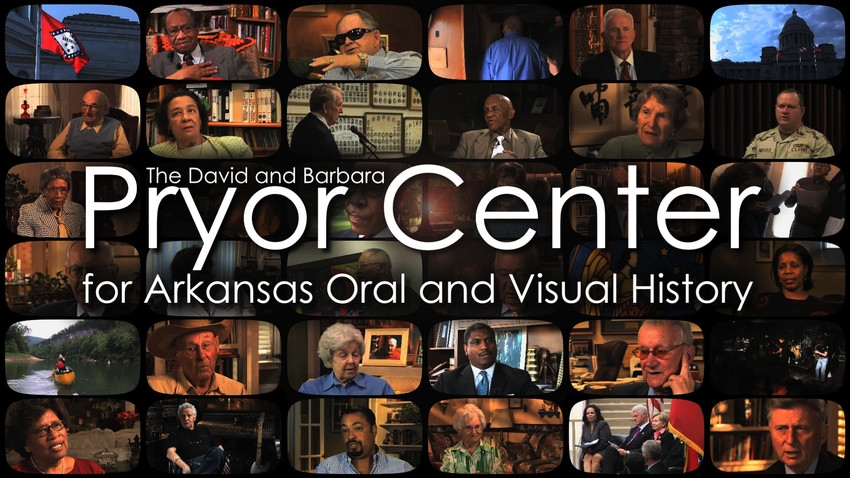 FAYETTEVILLE, Ark. – The David and Barbara Pryor Center for Arkansas Oral and Visual History in the J. William Fulbright College of Arts and Sciences has received a $1.5 million contribution from Barbara A. Tyson and the Tyson Foods Foundation Inc. to create the KATV Preservation Project. The gift counts toward Campaign Arkansas and will be used to catalog, index, digitize and archive the extensive collection of KATV footage donated to the Pryor Center in 2009.

KATV, the ABC affiliate in Little Rock, accumulated news footage for more than 50 years and created one of the largest local television news archives in the country. The collection, which contains approximately 26,000 hours of video and film, is currently stored at the Arkansas State Library in Little Rock and includes all aspects of Arkansas television coverage, including major news and weather events, Arkansas sports, politics and features on many Arkansans who have represented the state in the national or worldwide spotlight.

“These are our shared stories and memories,” said former U.S. Sen. David H. Pryor, namesake of the center. “There’s a wealth of history in this footage, and in serving as a United States senator for many years, I came to deeply appreciate the rich experiences of our Arkansan citizens. Preserving these tapes is preserving our state’s history, and we are grateful for Barbara and Tyson’s commitment to doing so.”

The bulk of the footage has not been seen by the public since it was first broadcast, so creating access to the collection will provide a unique opportunity for researchers, students, educators and the public to gain new perspectives about Arkansas history.

“Just think about all of the major historical events that have taken place over the past 50 years,” said Archie Schaffer III, retired executive and consultant to Tyson Foods Inc. and member of the advisory boards for both the Pryor Center and Fulbright College. “Imagine what kind of footage is buried in these tapes and what sort of treasures will be found through the digitizing and preservation process. This is a gift to all of Arkansas and beyond.”

“Digitizing the KATV collection has been a priority of ours for years,” said Randy Dixon, director of the Pryor Center. “Many of the videotapes are fragile and the collection has been deteriorating with each passing year, so we felt a sense of urgency to complete this project as quickly as possible. Thanks to this gift, we’ll be able to move forward with preserving these important parts of our state’s history.”

The Pryor Center was created in 1999 as an outreach service of the Department of History. The initial concept came from Pryor and his wife, Barbara, who provided seed money in the form of a $220,000 gift. A $2 million gift from the Tyson Family Foundation in 2005 created an endowment for the center and re-named it the David and Barbara Pryor Center for Arkansas Oral and Visual History. In June, the Pryor Center rejoined the Fulbright College.

“We are so grateful to Barbara and the Tyson Foods Foundation for this wonderful gift and for their ongoing support,” said Todd Shields, dean of the Fulbright College. “Thanks to their generosity, our students, faculty members, historians, Arkansans and all future generations will be able to have access to this valuable, historic footage. The impact their gift will have is truly incalculable.”