Recent U of A Graduate Now Working for Sen. John Boozman 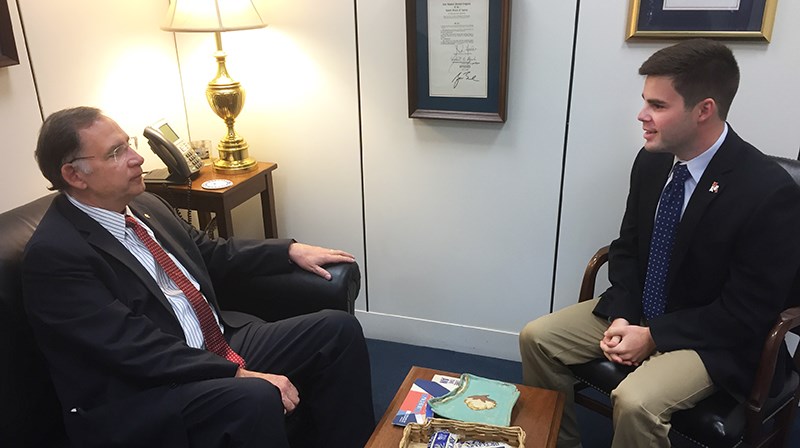 FAYETTEVILLE, Ark. – Jace Motley, of Conway, graduated from the University of Arkansas in May with a triple major in political science, international relations and pre-law, with a minor in Spanish, all in the J. William Fulbright College of Arts and Sciences.

“I’m beyond grateful for the opportunity to serve the people of Arkansas and am truly humbled by the faith that Senator Boozman and his staff have placed in me,” Motley said.

Motley has previous experience on Capitol Hill. In 2016 he interned for Boozman and Sen. Tom Cotton. He had previously interned in Arkansas for then-Congressman Tim Griffin. Motley served as State Chair of College Republicans during the 2015-2016 academic year.

“Jace is a great addition to my team,” Sen. Boozman said. “I appreciate his dedication, hard work, enthusiasm and commitment to serving Arkansas.”

Motley is a 2013 graduate of Conway High School.