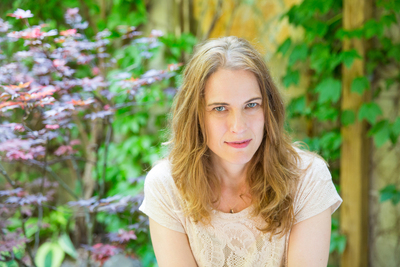 The winner of the U of A Department of Theatre's 2017 Kernodle New Play Award is Barbara Hammond for her play Visible From Four States.

The reading committee—composed of faculty members, graduate students and area theatre-makers—also named Mia McCullough's play Wisdom From Everything as a finalist. The contest, named in honor of U of A faculty member George Kernodle, had over 150 submissions this year, demonstrating the abundant diversity of new work being created by playwrights across the country.

Visible From Four States is a lyrical drama that elegantly contemplates the intersection of commerce and faith. The play weaves together the plights of a struggling town that fights to stay on the map in contemporary America, while the residents confront their feelings about the death penalty as the prison up the road approaches its first execution in years. These themes and issues resonated deeply with the committee and pushed Hammond's play to the forefront.

Hammond is a playwright living in New York and is currently under commission from the Royal Court Theatre. Her plays have won recognition and awards from many national and international sources, including New Dramatists, the National Endowment of the Arts, The Tyrone Guthrie Centre, the Andrew W. Mellon Foundation and more.

Hammond's play will receive the $500 award and has been given a workshop as a part of the Arkansas New Play Festival. It received a staged reading Friday, June 16, at Crystal Bridges Museum of American Art and will be performed again Sunday, June 25, at 4:30 p.m. at TheatreSquared in Fayetteville.

Hammond is in residence to workshop the play. For details about Sunday's reading, as well as the Arkansas New Play Festival, visit http://arkansasnewplayfest.com/.

Through the Kernodle Award, the Department of Theatre in the J. William Fulbright College of Arts and Sciences supports and encourages the creation of new work for the American stage.