FAYETTEVILLE, Ark. – The University of Arkansas will present honorary degrees to two notable Arkansans during the spring All University Commencement ceremony, which begins at 8:30 a.m. Saturday, May 13, in Bud Walton Arena.

Becca Stevens, founder and president of Thistle Farms in Nashville, Tennessee, will be the guest speaker at the event.

“I am very pleased that the University of Arkansas will be able to honor two people who have made such an impact on our state and this university,” said Chancellor Joseph Steinmetz. “Judge L. Clifford Davis has never set foot on our campus, but he was instrumental in opening the way for African American students to attend the U of A – and followed that achievement with a significant legal career in Fort Worth, Texas.

“William T. Dillard II did more than carry on the tradition of his father – he created his own legend in the Arkansas retail industry, while remaining a steadfast supporter of the University of Arkansas.

“We’re delighted Becca Stevens accepted our invitation to be our guest speaker. As  a woman who is making history now, she will offer our graduates living proof that one person can change people’s lives, improve a community, and help build a better world,” Steinmetz said.

More than 900 graduate students are expected to attend the All University Commencement ceremony. 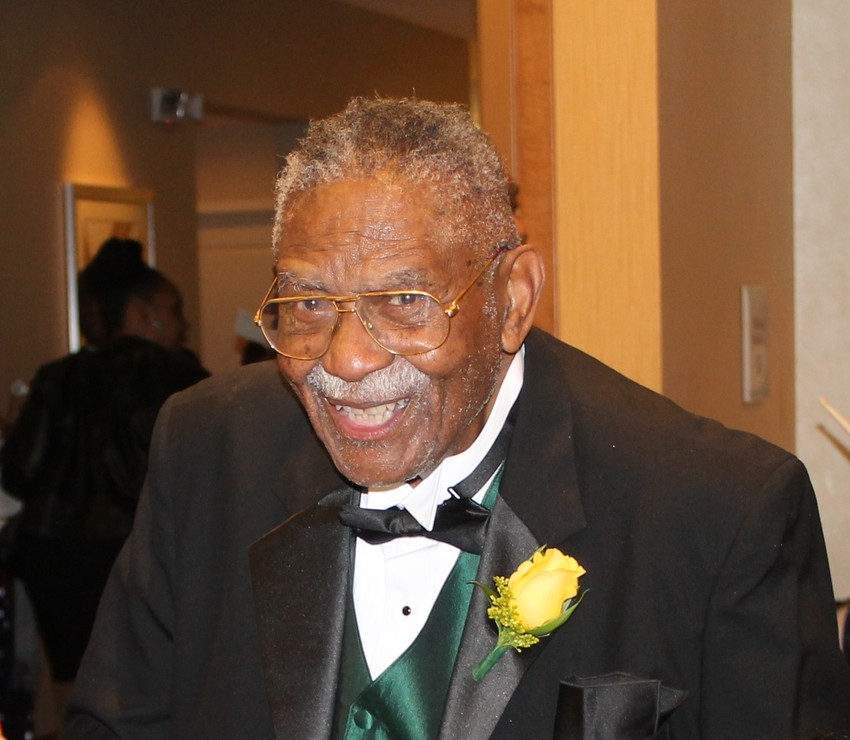 Judge L. Clifford Davis, an Arkansas native, is recognized nationally as a civil rights pioneer, but he is also an unsung hero in the effort to integrate the University of Arkansas School of Law.

Davis was born in Wilton, in 1924, the youngest of seven children. His parents were successful farmers.

Davis was denied admission to the segregated University of Arkansas law school, so enrolled in Howard University in Washington, D.C. But he continued to apply to transfer to the U of A.

His persistence, and the threat of lawsuits, were key reasons the law school was integrated in 1948. In fact, when that decision was announced, Davis was specifically named as the student who would be admitted. There were restrictions, however: African American students would to be taught in a separate classroom, work in a separate study room without direct access to the library, student dorms, or bathrooms.

Davis refused to accept those restrictions – but he had paved the way for Silas Hunt and all African American students who have followed.

Davis graduated from Howard in 1949, practiced law in Arkansas and worked with Thurgood Marshall on the landmark Brown v. Board of Education lawsuit before moving to Fort Worth, Texas in 1954. There, he filed lawsuits that led to the desegregation of the Mansfield and Fort Worth public schools.

Davis made history again when he was appointed as criminal district court judge in 1983, then became the first African American to win an openly contested judicial race in Tarrant County. He remained on the bench until 2004 and was instrumental in establishing the first Drug Diversion Court in Texas. He has received many local and national awards.

Davis is an advocate for civil rights, but beyond that, for civil responsibility.

“I call it civil responsibility because I believe every human being is responsible and has a duty to work for the general welfare of the total population.” 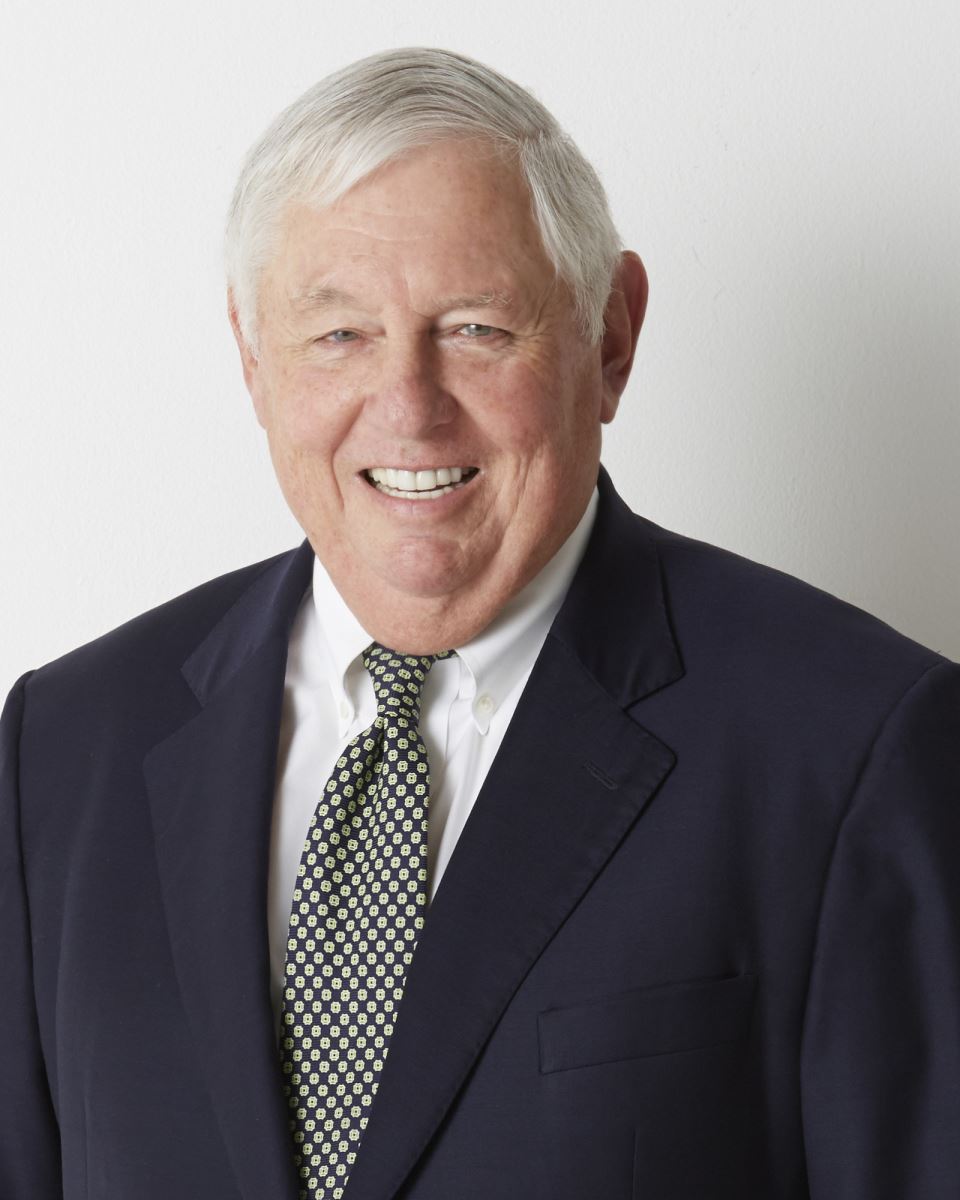 Bill Dillard, chair and chief executive officer of Dillard’s Inc., is the oldest son of retailing pioneer William T. Dillard, the founder of Dillard Department Stores. He was born in Nashville, Arkansas, on March 4, 1945, and began working part-time in his father's retail operations while still in school. He graduated from what is now the Sam M. Walton College of Business at the University of Arkansas in 1966 with a Bachelor of Science in Business Administration as an accounting major. He earned a Master of Business Administration from Harvard University two years later.

Dillard began his career in the family business in 1967 and joined the company’s board of directors the same year. From 1977 to 1998, Dillard served as president and chief operating officer of the company. He succeeded his father as chief executive officer in 1998 and was named chair of the company in 2002.

Dillard was among the first in the industry to computerize his company’s business operations, and also guided the $3 billion purchase of the Mercantile Stores Company in 1998. He has continued to guide Dillard’s during the tumultuous changes in the retail clothing industry.

He is a former member of the Dean's Circle and Dean's Executive Advisory Board of the Walton College and has been a member of the Razorback Foundation for more than five decades.

Dillard received the University of Arkansas Chancellor's Medal in 2015 and joined his father in the Arkansas Business Hall of Fame in 2016.

Rev. Becca Stevens is an author, speaker, priest, social entrepreneur and the founder and president of Thistle Farms in Nashville, Tennessee.

Stevens’ father died in a traffic accident when she was 5 years old, and a short time later she was a victim of sexual abuse. These experiences inspired her to work with other survivors and to ultimately open a sanctuary for them.

She started her organization, originally under the name “Magdalene,” in 1997 to serve women survivors of addiction, prostitution, sex trafficking and life on the streets. Twenty years later the organization continues to welcome women into a healing sanctuary with a two-year residential program and four social enterprises that employ 50 residents and graduates.

The Global Market of Thistle Farms helps employ more than 1,500 women, and the national network has more than 30 sister organizations.

Stevens has been featured in the New York Times, on ABC World News, NPR, PBS, and was recently named a 2016 CNN Hero. In 2011, the White House named her a “Champion of Change.” She was featured in the PBS documentary, A Path Appears, named Humanitarian of the Year by the Small Business Council of America as well as the T.J. Martell Foundation, and inducted into the Tennessee Women’s Hall of Fame.

Stevens attended the University of the South and Vanderbilt Divinity School, and was ordained in 1991. She has been Chaplain of St. Augustine’s Chapel at Vanderbilt since 1995.

She has been conferred honorary doctorates from The University of the South, Sewanee and General Theological Seminary, New York. Her newest book, Love Heals, will be published by Harper Collins in September of 2017.

Stevens lives in Nashville with her husband, Grammy-winning songwriter Marcus Hummon, and their three sons.