Power Named Vice Chancellor for University Advancement at U of A 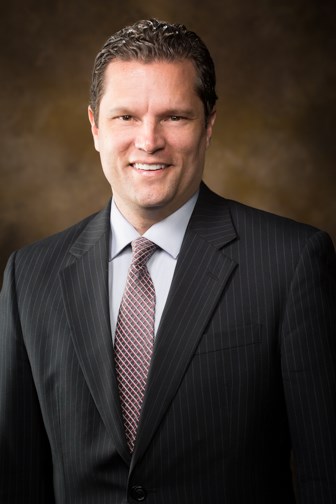 “Over the past year, I’ve come to know Mark as an effective leader, manager and fundraiser within the Advancement Division, having been a part of the university’s fundraising success since 2001,” said Chancellor Joe Steinmetz. “He has successfully cultivated hundreds of friends and volunteers, raised millions of dollars in private gift support, and developed a highly functioning staff during his time with the university. His work within University Development and time leading the Advancement Division since August give me the confidence that his leadership at this point in Campaign Arkansas is what we need to keep our momentum going in a positive direction.”

“I’m excited about the opportunity to lead University Advancement, especially at such an important time in the university’s history,” Power said. “I’m also very thankful for the trust and support of Chancellor Steinmetz. I have the privilege of working every day alongside an outstanding team of professionals and with amazing students, faculty, alumni and benefactors of the university. I look forward to enhancing those relationships as we continue to work to implement the guiding priorities for our campus, advance Campaign Arkansas and strengthen the University of Arkansas.”

Arkansas Business named Power to its “40 Under 40” list of rising young professionals in the state. He was recognized by the Association of Fundraising Professionals Northwest Arkansas Chapter in 2011 as the area’s most outstanding fundraising executive.

About the Advancement Division: The division’s mission is to develop support among primary external constituencies for the university's vision, goals, programs and activities. Its activities range from fundraising through major gift and annual giving programs; public relations and communications programs involving news media visibility, publications and visual design, as well as electronic media initiatives that enhance the national stature of the institution; and alumni relations programs that seek to involve graduates in the ongoing life of the institution and bring new constituencies into the fold.