Brian Gallini to Lecture on Prosecution: (Un)Making a Murder 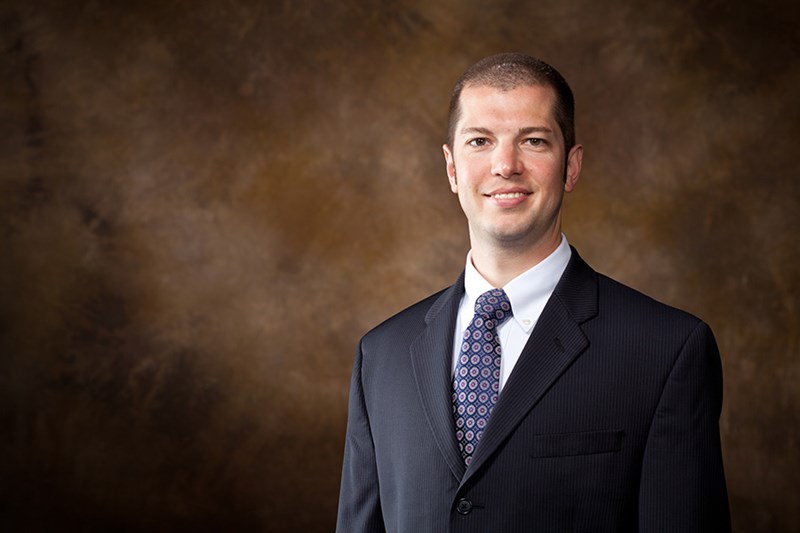 The trials of Steven Avery, a troubled youth with an estimated IQ of 70, have been well documented in the Netflix series Making a Murderer. DNA testing, Miranda rights, coerced confession, underage witness, tampering with evidence and two requests for a presidential pardon have fueled this case, but Avery remains behind bars, serving a life sentence without parole.

Law professor Brian Gallini will untangle the investigative and trial errors that have pervaded the prosecution of Avery and his underage nephew, Brendan Dassey, in a lecture titled "Prosecution: (Un)making a Murder," at 5:15 p.m. Wednesday, Sept. 14 in Gearhart Hall Auditorium (GEAR 26). All on campus and in the community are invited to the lecture, which also will preview "Prosecution," the Honors College Signature Seminar that Gallini will lead next spring.

"Can officers simply walk onto your property without a warrant? Can a prosecutor call a press conference and outline unproven facts for the world reflecting a suspect's guilt? Can investigators interrogate a juvenile suspect for hours at a time without a lawyer or at least an adult present? We'll tackle these questions, among so many others, to understand why Steven Avery should, wholly apart from his factual innocence, be 'unmade' as a murderer."

Gallini, along with Peter Ungar, Distinguished Professor of anthropology, will launch the new Honors College Signature Seminars, which invite honors students into the research worlds of top scholars. The Signature Seminars, designated HNRC 4013H in the university's Catalog of Studies, will focus on a wide range of cutting-edge topics, including cancer, race, aging, water, profit and Jesus. Honors students must apply to participate in these courses, and those selected will be designated Dean's Signature Scholars.

Brian Gallini is the associate dean for research and faculty development and a professor of law in the University of Arkansas School of Law. He co-directs the School of Law's Criminal Law Certificate Program and was named the inaugural Chancellor's Fellow in 2015. He has authored two books, Modern Criminal Law and Prosecutorial Criminal Procedure, and has published numerous articles and essays on topics ranging from Boston Marathon bomber Dzhokhar Tsarnaev to criminal procedure on HBO's The Wire.

Gallini has presented his research at conferences throughout the U. S. and was awarded the 2011 Lewis E. Epley, Jr. Award for Excellence in Teaching Law and the 2012 Graduation Award for Hooding. He received the Southeastern Association of Law Schools Call-for-Papers award twice, in 2012 and 2015. His work has been noted in The Wall Street Journal, The Chicago Tribune, The Seattle Times, The L.A. Times, The Christian Science Monitor, and Gambling Compliance, among other media outlets. He also serves as the head coach for the University's ACHA Division I Men's Hockey team. In seven seasons with Arkansas, he has amassed a 178-63-7 record, won five conference titles, and was voted the 2013-14 SEC Coach of the Year.