U of A Rome Center Aims to Expand Opportunities for Students, Faculty 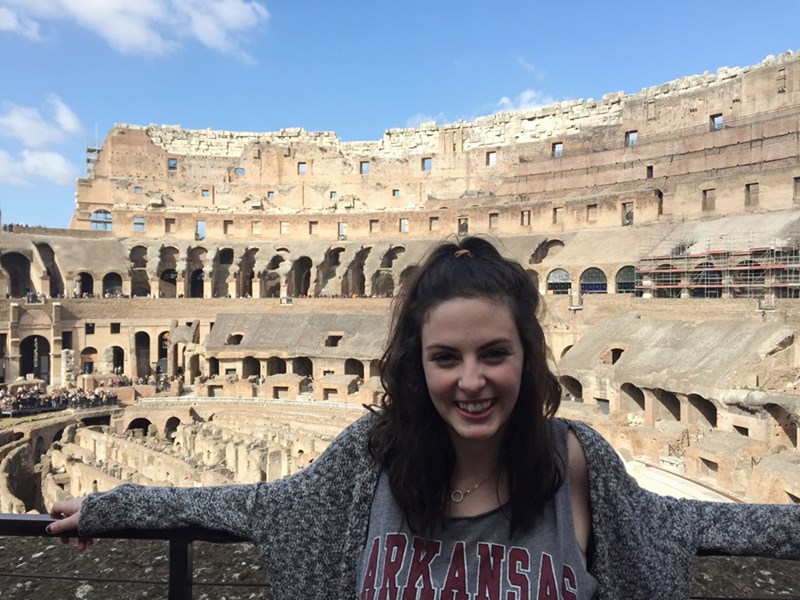 Photo courtesy of the Office of Study Abroad and International Exchange

The University of Arkansas Rome Center plans to create new courses and programs that would attract students from a wider range of academic disciplines to the Italian campus.

FAYETTEVILLE, Ark. – Administration of the University of Arkansas Rome Center will be relocated to the Graduate School and International Education, effective July 1. The Rome Center was founded in and is currently part of the academic programs of the Fay Jones School of Architecture and Design.

The center’s academic course offerings have centered on architecture and design for the nearly 30 years the Rome campus has been part of the U of A. The move into the Graduate School and International Education is intended to lead to the development of more inclusive international programs, while maintaining the strength and reputation of the design programs.

“Our center prides itself on being adaptable and ready to work with our partners to provide engaging courses and programs for our visiting students,” said Davide Vitali, director of the Rome Center and professor of architecture. “We are excited by the opportunity to integrate more fully with the University of Arkansas campus community.”

Vitali, who has been with the Rome Center since its inception, is credited with having the vision to expand its academic programming. The Rome campus’ reputation for quality programs has led to the development of partnerships with eight academic institutions over the past decade: Auburn University, Louisiana State University, Mississippi State University, Ohio State University, Philadelphia University, Rensselaer Polytechnic Institute, Texas Tech University and the University of Tennessee. The center is also an active participant and leader in the Association of American College and University Programs in Italy.

“We have a goal of building new courses and programs that would appeal to University of Arkansas students, but would also be accessible to all students within the U of A system as well as students from the Rome Center’s partner institutions,” said Curt Rom, associate dean for International Education. “Our recent agreement with the City Museums of Rome to foster student research, practicums and residencies is just one example of where we are headed.”

Students interested in studying at the Rome Center can find more information by contacting the Office of Study Abroad and International Exchange.

About the Graduate School and International Education: The Graduate School and International Education supports the strategic goals of the University of Arkansas to continue its status as a university with very high research activity as determined by the Carnegie Foundation for Secondary Education. The school offers programs in more than 80 fields leading to master’s and doctoral degrees. The school also facilitates intercultural and international experiences to increase global competencies for the university and assists in the development of international, interdisciplinary and graduate programs.