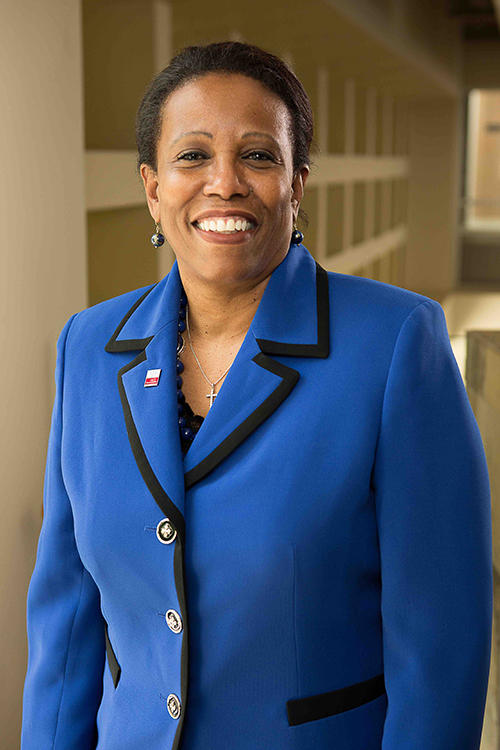 FAYETTEVILLE, Ark. — Stacy Leeds, dean of the University of Arkansas School of Law, has appointed Cynthia A. Nance, dean emeritus and the Nathan G. Gordon Professor of Law, as the first director of pro bono and community engagement.

"There's simply no person better matched for this leadership role than Dean Nance," Leeds said. "Her national stature as a leader in legal education and her demonstrated commitment to access to justice and community engagement make her perfect for this position as we solidify our institutional support of service."

Nance is nationally recognized for her contributions to education and achievements in social justice. She is an elected member of the American Law Institute and an elected fellow of the College of Labor and Employment Lawyers. She has received the American Bar Association Spirit of Excellence Award for promoting a more racially and ethnically diverse legal profession.

In 2016, she was honored by the Northwest Arkansas Workers' Justice Center for her leadership and advocacy and was selected in 2015 as a People's Project Honoree for the Iowa College of Law Sesquicentennial. A few of her many other honors include the inaugural Judge Andree Layton Roaf Award, the 2009 T.E. Patterson Education Award from the Arkansas Democratic Black Caucus, and the 2007 American Association for Affirmative Action Arthur A. Fletcher Award.

At the state and local level, Nance is a member of the board of directors for the Arkansas Bar Foundation, WelcomeHealth Northwest Arkansas Free Health Clinic and the Arkansas Women's Hall of Fame.

Nance was selected as the Nathan G. Gordon Professor of Law in 2011 for her excellence, commitment to law and public service, traits the professorship's namesake, a 1939 graduate of the law school, exemplified.

After a military career that made him one of the United States' most decorated heroes, Gordon returned to his native Morrilton, resumed his successful career as a lawyer and was appointed to the Workmen's Compensation Commission. In 1946, he ran for Arkansas lieutenant governor and was elected to his first of 10 consecutive terms. Gordon was Arkansas lieutenant governor for a record 20 years, serving under four different governors. He died in 2008.

Nance's appointment as director of pro bono and community engagement is consistent with the values of the professorship.

Through its clinics and other programs, the School of Law has helped provide free legal services to the public. Attorneys, faculty and students have also championed traditional service activities such as food and clothing drives, fund raising events and community service. Faculty members have traditionally lent their expertise to various boards and commissions on their own time and without compensation.

As director of pro bono and community engagement, she will help bolster traditional pro bono work, encourage community engagement by both professors and students and support the volunteer work that faculty members do for outside organizations by giving students an opportunity to help with research projects, administrative tasks and other duties connected to professors' external obligations.

"Public service and community involvement are critical to the legal profession, and we want to encourage students to get involved as early as possible," Nance said. "We also want to support the important work that our faculty members are doing across the state and around world. This is an innovative endeavor for the University of Arkansas and the School of Law, and I'm excited to see where it takes us."