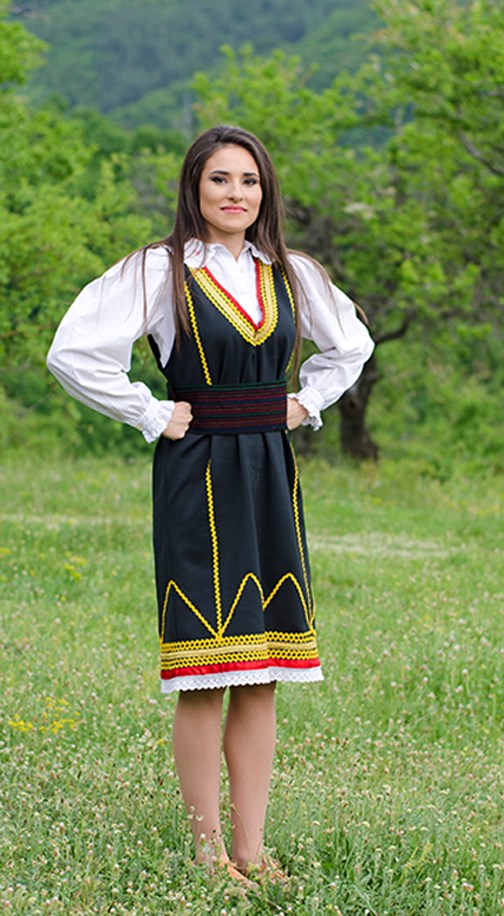 Olivera Jankovska, a 2009 Bumpers College graduate, has been named to Macedonia's national "40 Under 40" list.

FAYETTEVILLE, Ark. – Olivera Jankovska, a native of Macedonia and a 2009 University of Arkansas graduate, has been named to the United Macedonian Diaspora "40 Under 40" List.

Jankovska earned her bachelor's degree in agricultural business from the Dale Bumpers College of Agricultural, Food and Life Sciences.

Jankovska is a senior market analyst at Calpine Corp., an independent power producer in Houston, Texas. Her duties include quantitative analysis, U.S. market research and business development support for Mexico. She has received Calpine's Impact Award the last two years.

"Every time I introduce myself at social gatherings, my Macedonian origin elicits curiosity from people who may or may not have even heard of this small Balkan country," said Jankovska. "To better explain my heritage, I will start drawing maps, enthusiastically describing the landscape and culture of Macedonia."

Jankovska was born and raised in Kriva Palanka. She earned a scholarship to Perrotis College in Thessaloniki, Greece, before completing her degree at the U of A. She later earned her master's degree in applied and agricultural economics from Virginia Tech University.

"I believe pursuing an international education is one of the most rewarding experiences in life, and so I encourage my fellow Macedonians to seek such a journey," said Jankovska. "No matter how great the obstacles may seem, if one has a strong will, there is always a way to achieve this goal."

Jankovska has assisted other Macedonian students through the university admission process, and helped them earn scholarships and academically succeed at various institutions.

Argie N. Bellio, the Indiana representative for the United Macedonian Diaspora and coordinator of the 40 Under 40 feature, sai: "These individuals are highly driven, productive and talented Macedonians." "It's not only important to recognize them for what they've accomplished but to showcase them as leaders to learn from. UMD also believes this list will provide positive role models for future generations of Macedonians, especially our next generation leaders – Generation M."