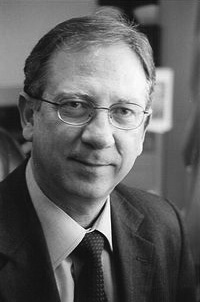 Ismat is an award-winning playwright and director, as well as a critically acclaimed literary and arts critic, short-story writer and novelist. He shifted from theater to diplomacy and politics when he was appointed as the Syrian ambassador to Pakistan in 2005. He was named the country’s ambassador to Qatar in 2010 and was appointed as Syria’s Minister of Culture later that year.

Ismat left Syria in 2012, as the country’s civil war intensified.

In his lecture, he will elaborate on his personal journey on the literary scene in Syria. He will discuss the rich and pioneering nature of Syrian theater and how it has managed to evade political censorship through use of allegory and historical projection. Ismat will also discuss how Syrian theater is suffering as a result of the country’s civil war.

Ismat was awarded the Best Arabic Short Story prize from Germany’s Deutsche Welle and has been honored at several Arab theatre festivals. He is noted for his adaptations of The Arabian Nights, Shahryar’s Nights, Sinbad and The Game of Love and Revolution. He has written seven television serials, including award winners Holaco and A Crown of Thorn.

The Syrian scholar earned a postgraduate diploma in theater directing from Cardiff University. He received a certificate in television production and direction from the BBC and trained at the Drama Centre London. He was a Fulbright Fellow and earned a doctorate in Shakespeare studies from Greenwich University.

Ismat’s lecture is sponsored by the University of Arkansas Scholars at Risk Committee and the J. William Fulbright College of Arts and Sciences and is part of the campus’ International Education Week. Scholars at Risk is an international network assisting threatened scholars and defending academic freedom worldwide.