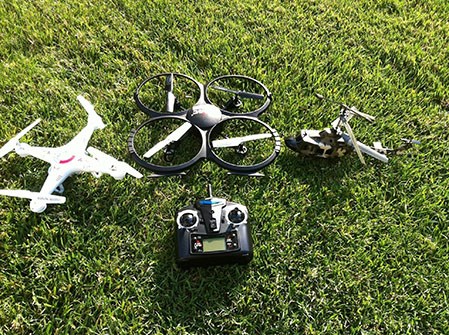 FAYETTEVILLE, Ark. — In order to protect the safety, security and privacy of students, faculty, staff and campus visitors, University of Arkansas has adopted a new policy that prohibits the use of “Unmanned Aircraft Systems” – drones – or remote controlled model aircraft on U of A property or within the university’s air rights, without prior written approval. The restriction includes any equipment needed to operate the aircraft. The policy applies to privately owned craft as well as those owned by a business or non-profit organization.

Violations of the policy, which is a part of the campus facilities use policy, may result in a criminal trespass warning and possibly arrest for those who do not comply.

“Public safety is the primary purpose of this policy,” said University Police director Steve Gahagans. “Drones and model aircraft can be useful, even fun, but are also potentially dangerous – if they malfunction they could injure anyone on the ground. Beyond that there’s the potential that they could be intentionally used as weapons. And finally they could potentially be used to take video or still images that violate student or employee privacy. These are all extreme examples, but they must be taken seriously. The only real option for us is to restrict use in order to protect the people on our campus.”

The policy does permit use of an unmanned aircraft if approved in advance by the Provost and Vice Provost for Research and Economic Development, for use involving non-athletic venues; or by the Vice Chancellor and Director of Athletics, for athletic-related venues. To receive approval, the aircraft would have to meet all federal certification requirements, federal and state laws, and any Federal Aviation Administration requirements.

The university policy asks anyone who sees a drone or model aircraft being operated on campus to report it to the University Police.