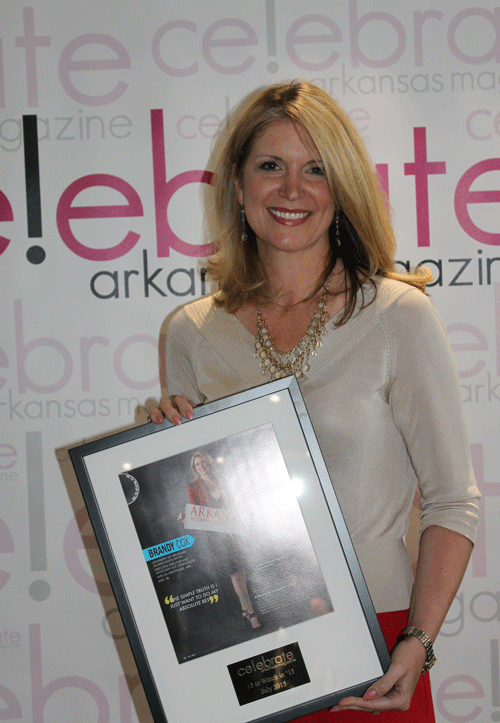 Brandy Cox, executive director and associate vice chancellor for alumni, has been named one of Celebrate Arkansas Magazine's "15 to Watch in '15," along with four fellow Arkansas alumni and one former faculty member.

Ana Aguayo, Mandy Macke, Tim Sparacino, Tracy Neal and Pearl Anna Mcelfish, were also chosen as part of the top 15 influential and emerging leaders in Northwest Arkansas, an honor bestowed for the first time in the more than 11-year history of the magazine.

According to Celebrate Arkansas Magazine's press release, the recipients were "nominated by their peers through online submissions over a period of six weeks. A highly qualified and engaged external committee of established leaders independently evaluated the submissions and determined the winners for 2015. These winners are truly making a difference in Northwest Arkansas and beyond."

Celebrate Arkansas Magazine announced the results of its "15 to Watch in '15" at a private reception, Tuesday, June 30 at LF USA in Bentonville. Each of the following winners are featured in the July 2015 issue of Celebrate Arkansas Magazine, Cox is featured on page 48 of the issue. To view the digital copy of the issue, visit www.celebratearkansas.com and click on the digital issues link, found under the Celebrate Online drop-down arrow.

Cox is the first woman to serve as the executive director for the Arkansas Alumni Association and has been in her position for a year.