Seven U of A Students Selected as National Fulbright Scholars 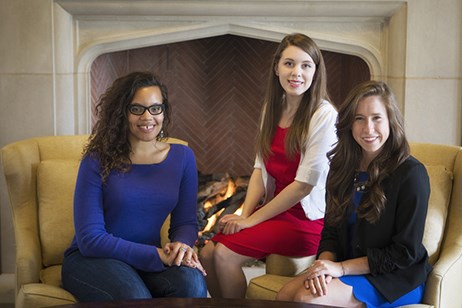 The Fulbright international exchange program offers students the opportunity to travel to a country of their choice, either to conduct advanced research in their fields of study or to teach English in elementary and secondary schools. Of the seven University of Arkansas students awarded English Teaching Assistantships, six are current undergraduates and one is a recent graduate.

“The J. William Fulbright Scholarship Program is, of course, one that is very important to the University of Arkansas,” said Chancellor G. David Gearhart. “Fulbright was president of our university and a U.S. senator for our state. The Fulbright Scholarship has enhanced the educational experience of more than 300,000 students, and these students have had a positive impact on communities around the world. Once again, with these seven stellar students, we are sending outstanding ambassadors for our university and our state to a wide variety of countries. We are very proud of their accomplishments.”

The Fulbright program was established in 1946 through legislation sponsored by Sen. J. William Fulbright of Arkansas, to promote international education as a means of fostering cultural and political understanding across the globe. More than 155 countries participate in the program, and approximately 1,900 students from all fields of study are awarded grants each year. With these winners, the University of Arkansas has had a total of 67 students receive Fulbright awards.

“Our college could not be more pleased to have six Fulbright Scholars this year. It’s a remarkable record and says a great deal about the faculty support, language instruction, and service opportunities our students enjoy,” said Todd Shields, Dean of the J. William Fulbright College of Arts and Sciences. “I know they will continue the great work they have done here when they study and work abroad.”

This year’s recipients from Fulbright College are:

The College of Education and Health Professions also has a Fulbright Scholar:

“Grace has been an excellent representative of our college and of the elementary education program,” said Tom Smith, Dean of the College of Education and Health Professions. “We are proud to have her represent the university and the state while in Greece. Like us, they are lucky to have her participate in their program.”

“I love working with Fulbright Scholarship applicants,” said DeDe Long, director of the Office of Study Abroad and Fulbright Program adviser for the university. “They are enthusiastic, academically accomplished, and open to other cultures. The students we send abroad through this program make a difference in the lives of the communities they touch, and they help shape a positive attitude about Americans. This group will certainly hold to that tradition.”

Students interested in applying for the Fulbright Scholarship should contact the office of study abroad at 479-575-7582 or studyabr@uark.edu. The campus deadline for the 2016-17 year will be in late September.