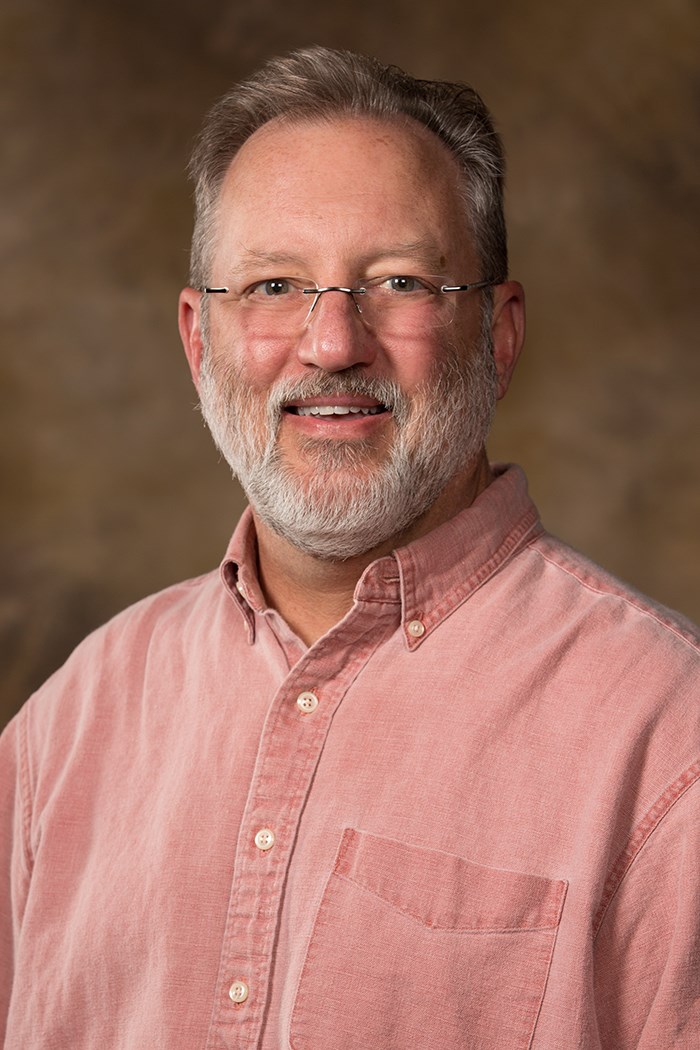 FAYETTEVILLE, Ark. – Douglas Adams, associate professor of sociology in the J. William Fulbright College of Arts and Sciences, hosts a weekly radio show, Social Sounds, for his general sociology class. On the broadcast, he takes callers questions about lecture material and reviews material for his biweekly exams.

Social Sounds airs every Thursday from 7-8 p.m. on the campus radio station, KXUA 88.3 FM. Students are invited to send text messages with questions regarding class material to a Google Voice number and he calls out to students. This allows Adams to have a record of messages and to keep track of participation rates. He has also tracked student listeners through mentioning a secret word on air. During an exam, he had students write the secret word on the back of their scantron and found that 30 percent, or about 110 students, were listening to his show.

"I started the show at the end of the fall 2014 semester when students wanted a review session for the final exam," Adams said. "Now that it's on weekly, we cover one chapter per week and stay ahead of what other professors are teaching in their sociology classes. This way students in other general sociology classes can also follow along with the show."

All of the content is student generated and gives students in Adams' class the opportunity to earn extra credit for the course. Adams plans to continue Social Sounds as long as it's successful. While he has encouraged other professors to be involved with the show, none have so far.

"I've enjoyed this new way of interacting with students, and it seems to be helping them to gain a better grasp of the material," Adams said. "No one has taken me up on it yet, but I hope that some of my colleagues will eventually want to be part of it, too."