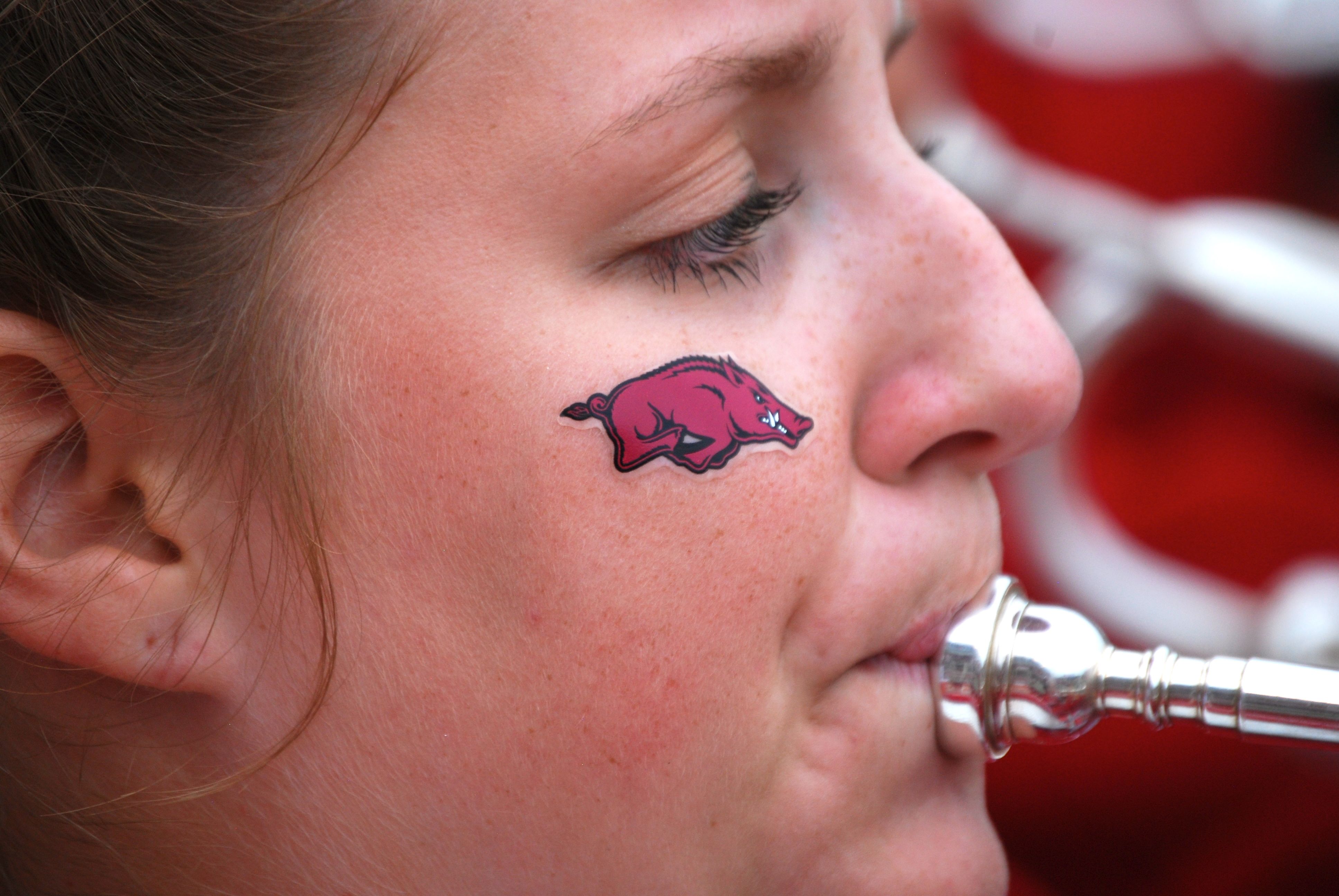 FAYETTEVILLE, Ark. – The Razorback Marching Band will debut its final show of the season on Saturday, Nov. 15, at Donald W. Reynolds Razorback Stadium as the Arkansas Razorbacks take on the LSU Tigers during the Battle for the Golden Boot.

The show features several classic Disney favorites including When You Wish upon a Star, I Just Can’t Wait to Be King, I’ll Make a Man Out of You, Under the Sea, and Be Our Guest. Consistently topping the Billboard and box office charts, Disney has defined entire decades since its inception in 1923. Spanning most of Disney’s history, the show highlights some of Disney’s most beloved songs.

“I'm excited to be playing a Disney Show. I think it's a great way to end the season,” said Sara Remoy, junior clarinet player. “My favorite song is I'll Make a Man Out of You. Mulan is my favorite Disney movie, so it’s great to be playing a song from that!”

Shows for this season were the product of the marching band staff working with a committee of band members to plan shows that would engage the crowd.

“I think that Disney music is so universal because the songs are so catchy, but they are also easy to connect with no matter who you are, or what you're going through,” Remoy said. “We’ve played a lot of great music this year, and I can't think of a better way to finish it than with the fantastic Disney music we all know and love!”