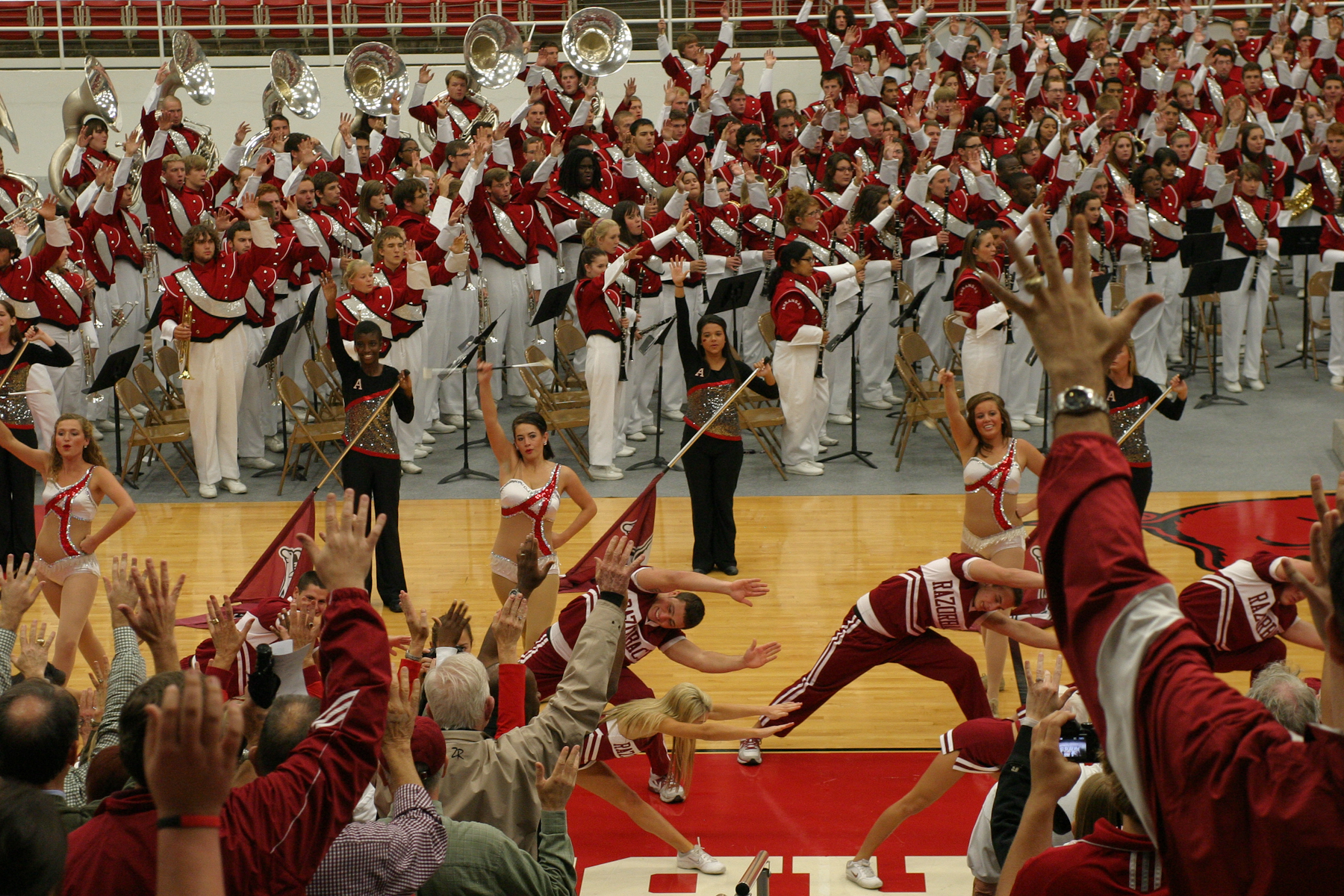 “I think that the Band Spectacular is a fantastic experience,” says Vordie Mathis, sophomore sousaphone player. “It allows parents and friends who weren’t able to attend football games to see the RMB perform. We get to play newer music and our traditional songs for fans. I’m really excited to have John George as a guest conductor. He is always so involved with what we do on game day.”

The band, joined by University of Arkansas mascots, cheerleaders and spirit squad, will play music from various Disney films including Frozen, the Little Mermaid, Beauty and the Beast and the Lion King as well as other highlights in its 2014 marching season. Fan favorites such as the Arkansas Fight Song, Arkansas Swing March and the William Tell Overture will also be played. The family friendly event is free of charge and tickets are not required.

The Razorback Marching Band is made of more than 330 student members who perform at each home Razorback football game. Smaller bands are sent to every away football game and the Hogwild Band supports the basketball and volleyball teams. The band, a part of the Department of Music in the J. William Fulbright College of Arts and Sciences, has student members representing every college within the university.