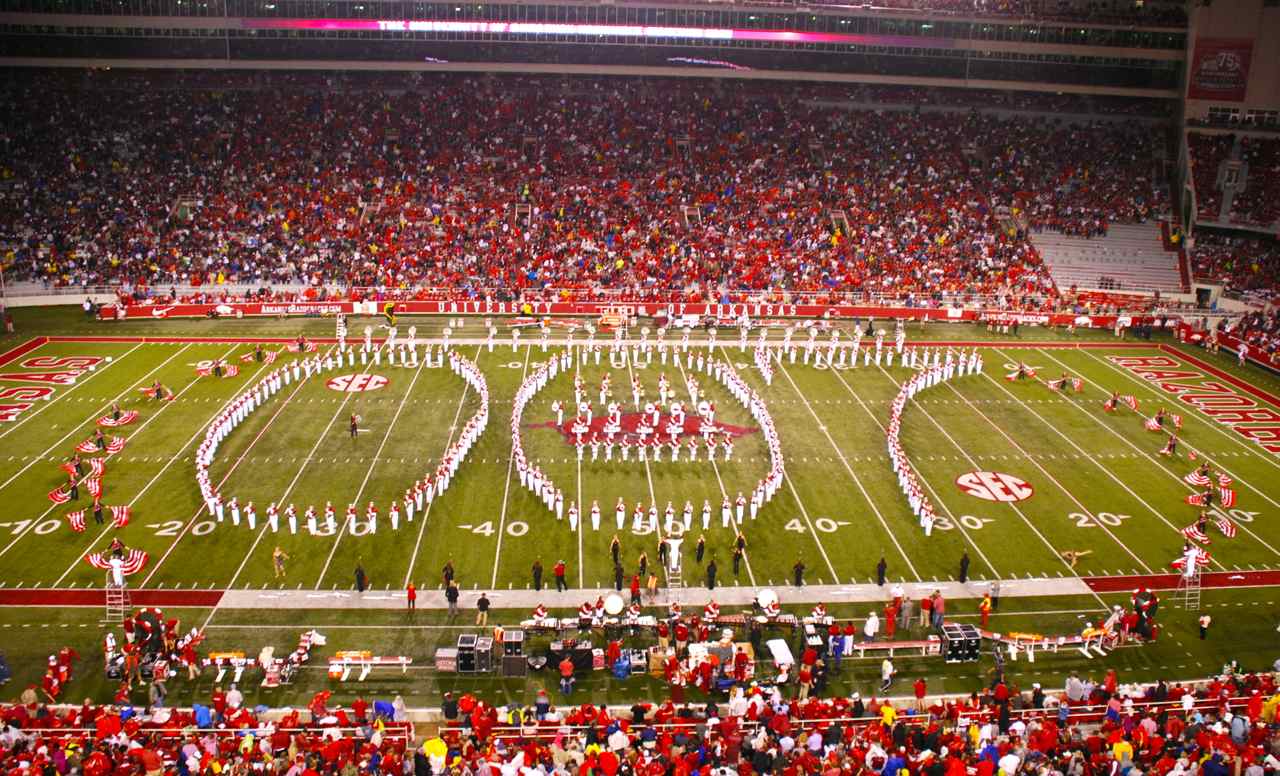 A moment from the Razorback Marching Band’s Bond Show

FAYETTEVILLE, Ark. – The Razorback Marching Band will host more than 100 members of the Razorback Alumni Band on Saturday, Oct. 12, as the Arkansas Razorbacks play the University of South Carolina at Homecoming.

Razorback Alumni Band is an annual tradition that brings together current and former band members to practice, march and perform in the stands.

“We are so excited to welcome back nearly 300 alumni and family members for Homecoming,” said Robert Hopper, associate director of operations for the bands program. “Alumni Band shows the strength of the friendships that are formed by members of the bands program and gives us an opportunity to celebrate the program’s rich history.”

This year, the Alumni Band will perform part of pregame with the current Razorback Marching Band members. By popular demand, the band will present an encore performance of its Bond Show at half time.

Alumni are invited to bring family members to the game to experience game day with their band family. Including alumni and their guests, the 2013 Razorback Alumni Band will include more than 290 attendees.

The Razorback Marching Band will perform at many venues for Homecoming weekend.  Performances Friday, Oct. 11, include the Homecoming parade on Dickson St. and the Homecoming pep rally in the Chi Omega Greek Theatre. The Hogwild Band will play in Barnhill Arena as the Razorback Volleyball team faces Alabama. Saturday, Oct. 12, performances include pep rallies around the stadium prior to the game (weather permitting) in addition to the pregame show featuring the Razorback Alumni Band and the encore Bond Show for the halftime entertainment.

The Razorback Marching Band, part of the department of music in the J. William Fulbright College of Arts and Sciences, has more than 340 student members representing every college within the university.