Pulitzer Prize Winner to Examine the Free Exercise of Religion 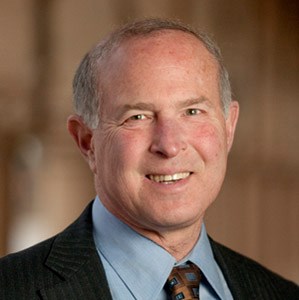 FAYETTEVILLE, Ark. – Pulitzer Prize-winning historian Jack Rakove will present “Beyond Belief: The Radical Significance of the Free Exercise of Religion” at 4 p.m. on Thursday, April 19, in the E.J. Ball Courtroom, Leflar Law Center, as part of the Hartman Hotz Lecture Series in Law and the Liberal Arts. The lecture is free and open to the public.

Rakove is the William Robertson Coe Professor of History and American Studies and professor of political science and law at Stanford University, where he has taught since 1980. His principal areas of research include the origins of the American Revolution and Constitution, the political practice and theory of James Madison, and the role of historical knowledge in constitutional litigation. He is the author of six books, including Original Meanings: Politics and Ideas in the Making of the Constitution, which won the 1997 Pulitzer Prize in History, and 2010’s Revolutionaries: A New History of the Invention of America, which was a finalist for the George Washington Prize. He is editor of seven others, including The Unfinished Election of 2000. Rakove is a member of the American Academy of Arts and Sciences, the American Philosophical Society and a past president of the Society for the History of the Early American Republic.