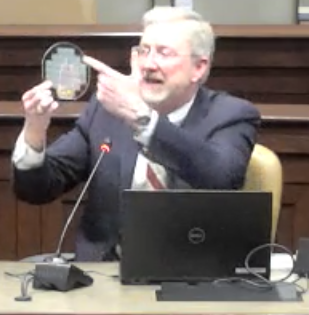 The world has a semiconductor shortage, and we are in the perfect position to help others while helping ourselves. Semiconductors are everywhere and in everything: automobiles, home appliances, high-power equipment, health care, communications, electric railways, cell phones, laptops, etc. While the United States was the pioneer that invented circuits and technologies, we are no longer as well positioned as we once were. Currently, only one in five semiconductors is produced in the U.S. In addition to this, we have a workforce problem due to the current lack of electrical engineers.

While silicon semiconductors are used in many things, they cannot be used in high-temperature applications. Silicon carbide is heat resistant beyond 500 degrees Celsius. Silicon carbide semiconductors are currently being used in hybrid electric bulldozers, which reduces fuel costs by 25 percent and helps with physical health, as the machinery is more fluid in movement and easier to operate. Additionally, the Federal Aviation Administration is currently qualifying a U of A-designed and -built electric drive that contains silicon carbide semiconductors for Ampaire, which is producing twin engine hybrid planes — electric engine up front, gas engine in the back.

In 2020-21, the Multi-User Silicon Carbide Research and Fabrication Facility received nearly $19 million from the National Science Foundation and $5.4 million from the Army Research Laboratory, most of which will be used to procure the needed equipment for this one-of-a-kind research, teaching and fabrication facility. The facility will enable the fabrication of circuits and devices on 6-inch semiconductor wafers for educational, commercial and military entities.

The U of A is the perfect choice to lead the effort in becoming the leader in commercializing silicon carbide semiconductors. It has built a program that includes four centers of excellence (GRAPES, POETS, SEEDS, CITES), 16 faculty across four departments, 110 graduate students, nine full-time staff (and growing), four NSF CAREER Award winners since 2018, three established facilities (NANO, HiDEC, NCREPT), hundreds of journal and conference papers and numerous awards to faculty, students and staff.

The fabrication facility will:

To watch the presentation, go to our webpage uapower.group/uapg-newsletters and click on newsletter "June 2021-February 2022" to look for the link.