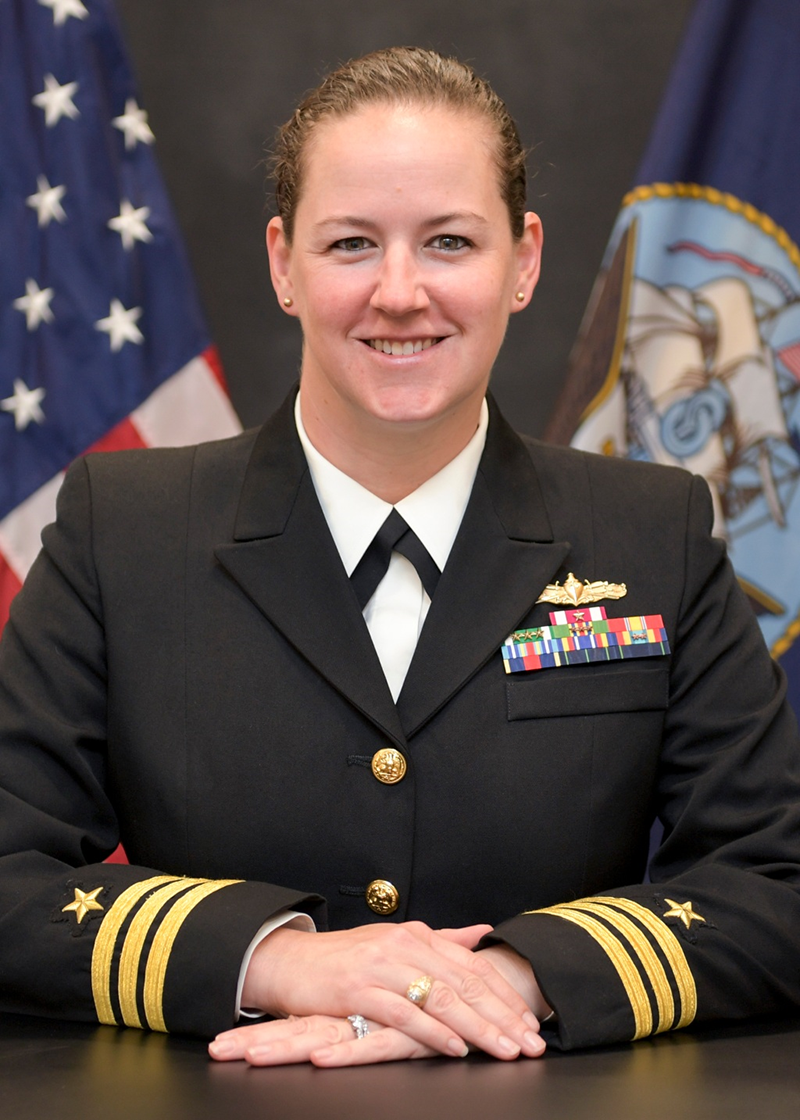 University of Arkansas alumna Cmdr. Billie J. Farrell will become the 77th commanding officer of the USS Constitution on Friday, Jan. 21, and the first woman to serve as captain in the ship’s 224-year history.

“I am honored to have the privilege to soon command this iconic warship that dates back to the roots of both our nation and our Navy and to have been afforded the amazing opportunity to serve as USS Constitution’s first female commanding officer in her 224 years,” Farrell said.

“I hope to strengthen the legacy of USS Constitution through preservation, promotion and protection by telling her story and connecting it to the rich heritage of the United States Navy and the warships serving in the fleet today,” she said.

Farrell is a native of Paducah, Kentucky, and is a 2004 graduate of the U.S. Naval Academy, where she earned a Bachelor of Science, and the U of A, earning a Master of Science in Operations Management in 2009 while serving in the Navy.

The graduate program in operations management at the U of A teaches skills for improving operational decisions including process design, scheduling, quality management and logistics. Along with the master’s degree, the U of A program offers graduate certificates in project management, lean six sigma and homeland security.

The program is ideal for members of the armed forces who need flexible schedules while serving and taking classes at the same time. The operations management program is offered online and in hybrid format during five eight-week sessions each year.

Farrell’s first tour was aboard the USS Vella Gulf as electrical officer. She then briefly took over as an operations division officer before being promoted to navigator for her second tour.

After those two tours, she reported to Commander, Naval Personnel Command in Millington, Tennessee, where she was named an action officer in post selection board matters. While there, she assumed the duties as delay section head and assistant board screener.

After departing Tennessee, Farrell started through the department head pipeline. She was stationed aboard the USS San Jacinto in March 2012 as the weapons officer. She then assumed the responsibilities as the combat systems officer onboard.

Her next tour was as the deputy director for professional development at the U.S. Naval Academy. After departing the academy, Farrell reported to Commander, Naval Surface Force Atlantic as deputy N3. She also served as the executive officer aboard the Ticonderoga-class guided missile cruiser USS Vicksburg.

"I know the crew is in great hands with Commander Farrell,” said the USS Constitution’s current commanding officer, Cmdr. John Benda. “This historic barrier is long overdue to be broken. I cannot think of a better candidate to serve as USS Constitution’s first female commanding officer. I look forward to watching what she and the crew accomplish in the next few years.”

The USS Constitution is the world’s oldest commissioned warship still afloat and played a crucial role in the Barbary Wars and the War of 1812, actively defending sea lanes from 1797 to 1855. The ship earned the nickname of “Old Ironsides” during the war of 1812, when British cannonballs were seen bouncing off the ship’s wooden hull.

The USS Constitution was undefeated in battle and destroyed or captured 33 opponents. 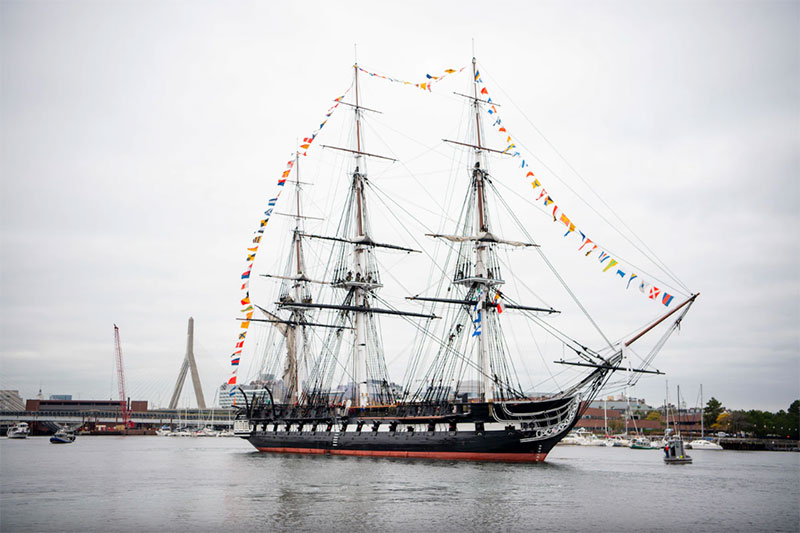 The USS Constitution, shown underway during Chief Petty Officer Heritage Weeks, is the world's oldest commissioned warship afloat, and played a crucial role in the Barbary Wars and the War of 1812, actively defending sea lanes from 1797 to 1855. (Photo by Mass Communication Specialist 3rd Class Alec Kramer)