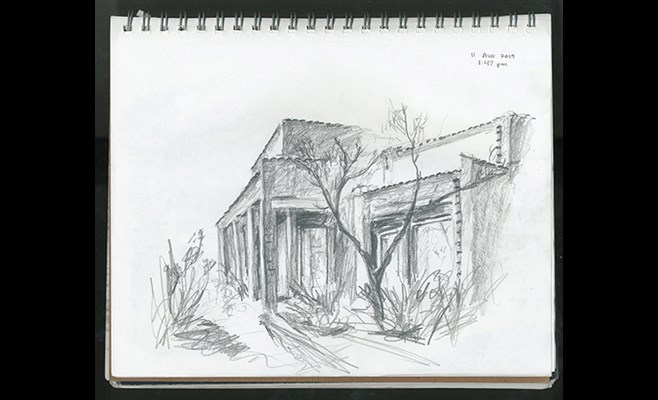 The Can Lis house in Mallorca, Spain. (Sketch by David Sweere) 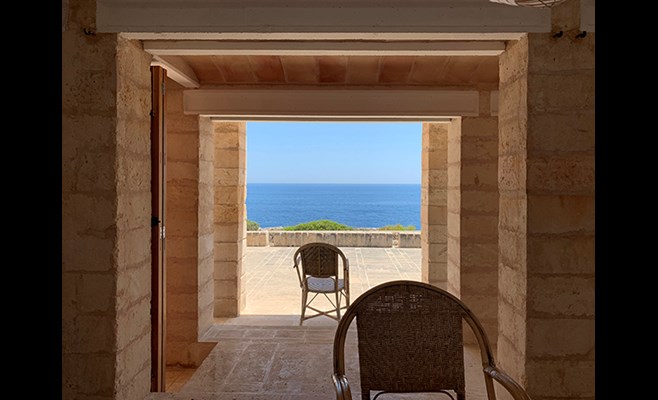 The Can Lis house in Mallorca, Spain. (Photo by David Sweere) 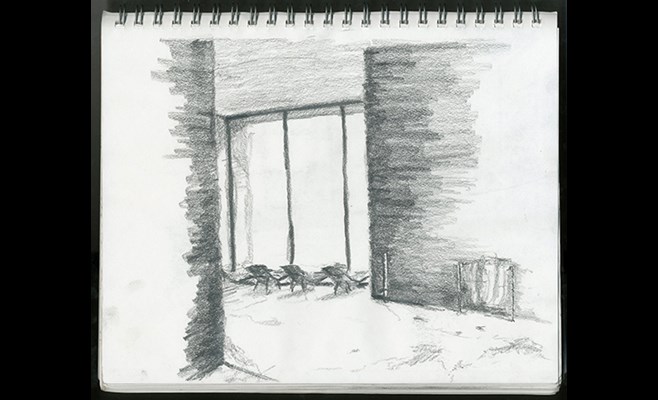 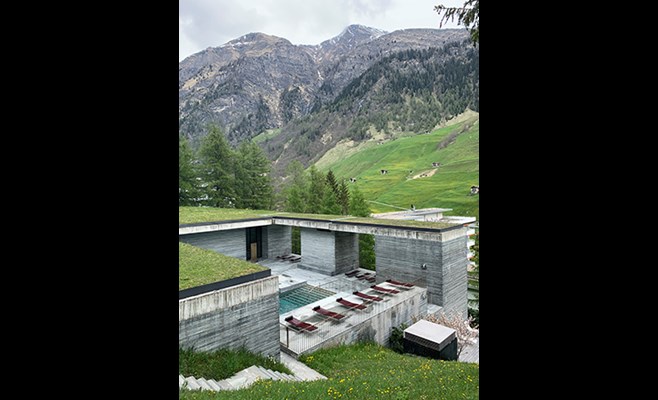 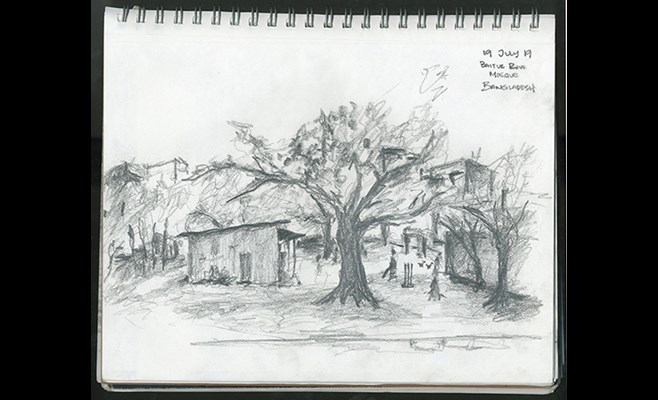 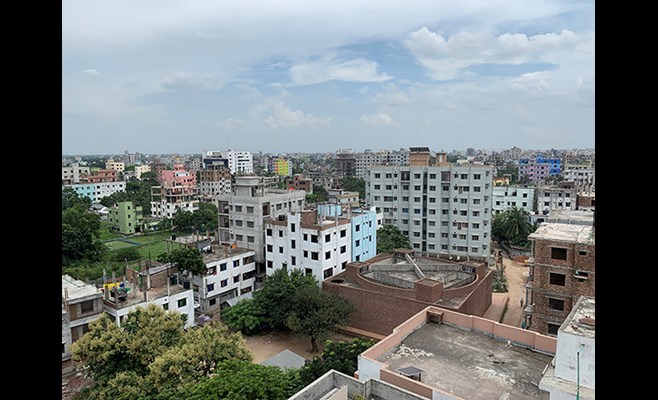 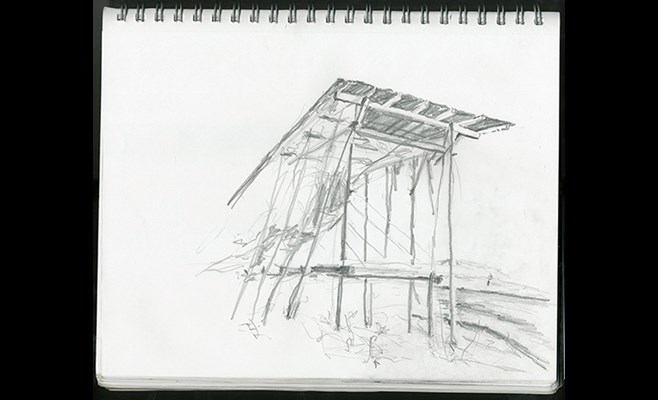 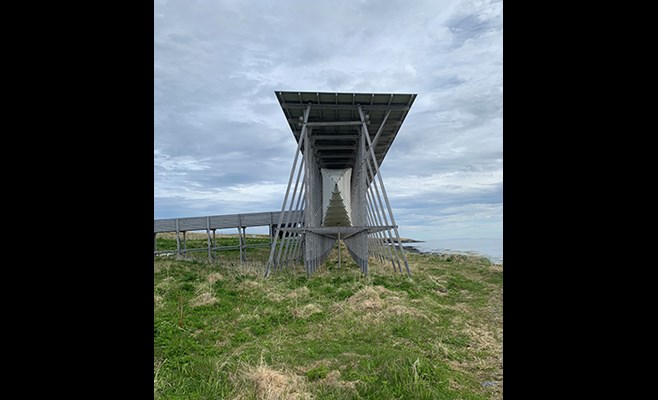 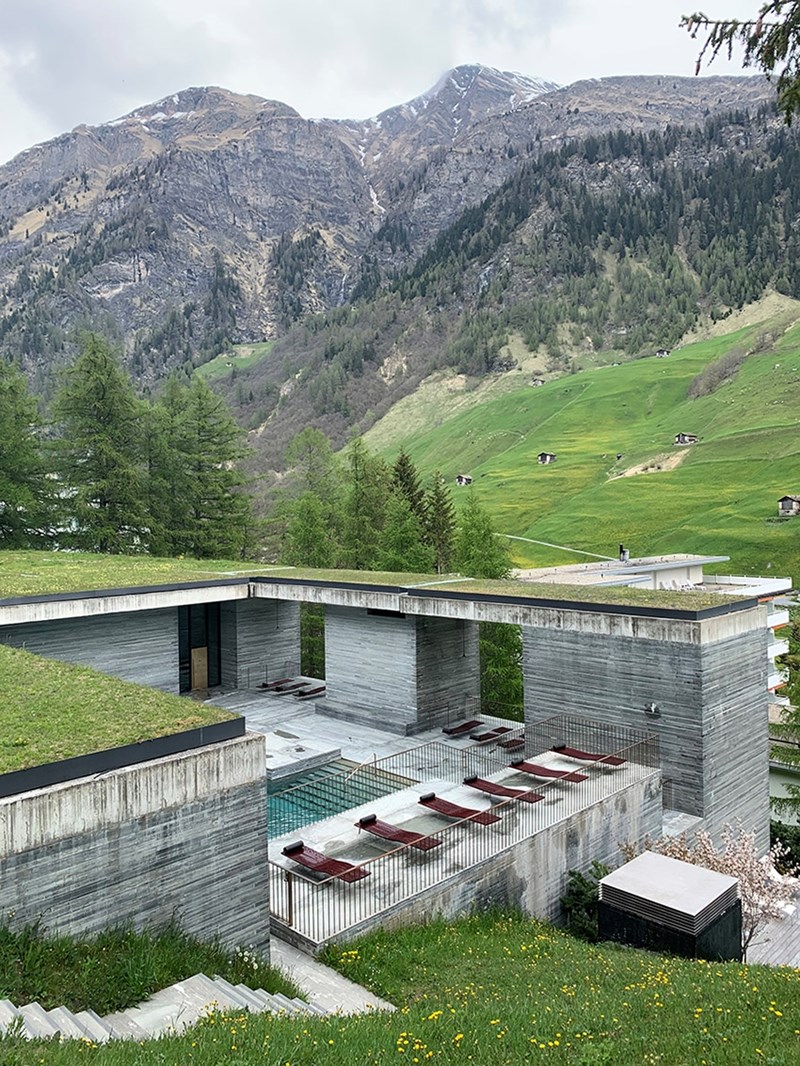 FAYETTEVILLE, Ark. – After spending 100 days traveling abroad last summer, one Fay Jones School of Architecture and Design student is now sharing his research and his journey.

David Sweere, a fifth-year honors architecture student, was awarded the 2019 Aydelott Travel Award, a $20,000 award for travel-based research. With that award, he was able to conduct an in-depth analysis of four buildings in Europe and Asia during the summer of 2019.

In his research, "An Emotional Reconstructive Architecture," Sweere focused on the interior sensory experiences of architecture that is derived from place, and how these spaces have the power to move people on emotional and spiritual levels.

Selecting which four buildings he wanted to analyze came naturally through the course of Sweere's research. He started with Zumthor's "Atmospheres" lecture, and from there decided to look at the two Zumthor projects, the Therme Vals thermal bath complex and the Steilneset Minnested memorial. He chose the Can Lis house after noticing its window detailing and reading about Utzon's work in Kenneth Frampton's essay "Towards a Critical Regionalism." He'd decided on the Bait Ur Rouf Mosque after remembering Marina Tabassum discussing the project while giving a lecture in Shollmier Hall as part of the Fay Jones School's fall 2017 lecture series.

"I've never felt Shollmier just drop, like its gut just drop to the floor because of how moving a space it really is," he said. "It lived up to every bit of that hype that I had built up in my head."

Sweere used Zumthor's term "emotional reconstruction," which refers to the sensory and place-based qualities of architecture and its attachment to the collective memories of the landscape. As such, he relies heavily on his own experiences, conveyed through photographs, sketches and writing, while interacting with these four buildings.

Through his research, Sweere argues that, through their relation to the history and memory of place, these four buildings force people to experience architecture with all of their senses.

"There's also this sensory, almost spiritual attachment to place when a building is genuinely derived from the particulars of a site, its culture, its history."

Sweere said he didn't want his research on emotional reconstructive architecture to be focused on one particular style of building, which is part of the reason why he chose to include the Steilneset Minnested memorial in Vardø. While the other three structures are made of local stone or masonry, the memorial uses a stretched canvas on a timber frame. Although the timber is not local to Vardø, it is reminiscent of the site's history as a fishing hub.

Several people helped Sweere throughout the course of his application and travels. Professors Laura Terry and Greg Herman helped him prepare his application, while professor Marlon Blackwell served as his faculty advisor. Professor Jeff Shannon helped establish the grant program at the U of A during his tenure as dean, and Dean Peter MacKeith helped connect Sweere to several scholars who were invaluable in Sweere's research. During his travels, he met with architects Robert McCarter, Kenneth Frampton, Hilary Sample, Juhani Pallasmaa, Marina Tabassum and Kazi Ashraf to discuss architectural ideas related to the four buildings.

"I met so many great people," Sweere said. "Every single person along the road had some kind of influence."

The Aydelott Travel Award has a detailed application process. Applicants must list and develop an itinerary for the four buildings they want to analyze; they also have to have an overarching framework for the analysis of the buildings.

After their travels, each student is required to submit an essay about their research. Out of these four projects, one student is selected to receive the Aydelott Prize. Sweere is also the winner of the 2019 Aydelott Prize, which the school recently announced.

Sweere was the second University of Arkansas student to receive the Aydelott Travel Award, after Anna Morris in 2018.

As part of his research, Sweere said he tried to spend at least two weeks in each country where the four structures were located. He spent roughly one week traveling around the country to understand the broader context of the area, and then one week with the project itself or within the local area.

Part of the reason he needed to spend so much time with each building was so that he could experience it more fully. Along with taking photographs, Sweere sketched each place on site at different times of day and also wrote detailed descriptions. He said sketching turned out to be most important because it conveyed subtleties about what it felt like to be there.

"Different times of day, different vantage points, shade versus sun — all of that was important to relaying that experience part of it," he said.

He also tried to see as many architectural sites as possible between visiting the four sites. By the end of his trip, Sweere visited more than a dozen countries.

Although Sweere has been abroad before, both while studying at the U of A Rome Center and while deployed to Kuwait with the Air National Guard, this experience was different because he was traveling alone.

"You go somewhere by yourself, and you really dive into a place," he said. "It's just the greatest period of growth that you can have."

Sweere said he's interested in revisiting his research on emotionally reconstructive architecture in the future, possibly as a dissertation topic or a book. He said that, along with these four projects, he'd also like to analyze Thorncrown Chapel in Eureka Springs, which was designed by Fay Jones.

"I think that five is a good number to sum it up," he said. "There could even be a second edition potentially, but I think that the initial edition really wants to be five."