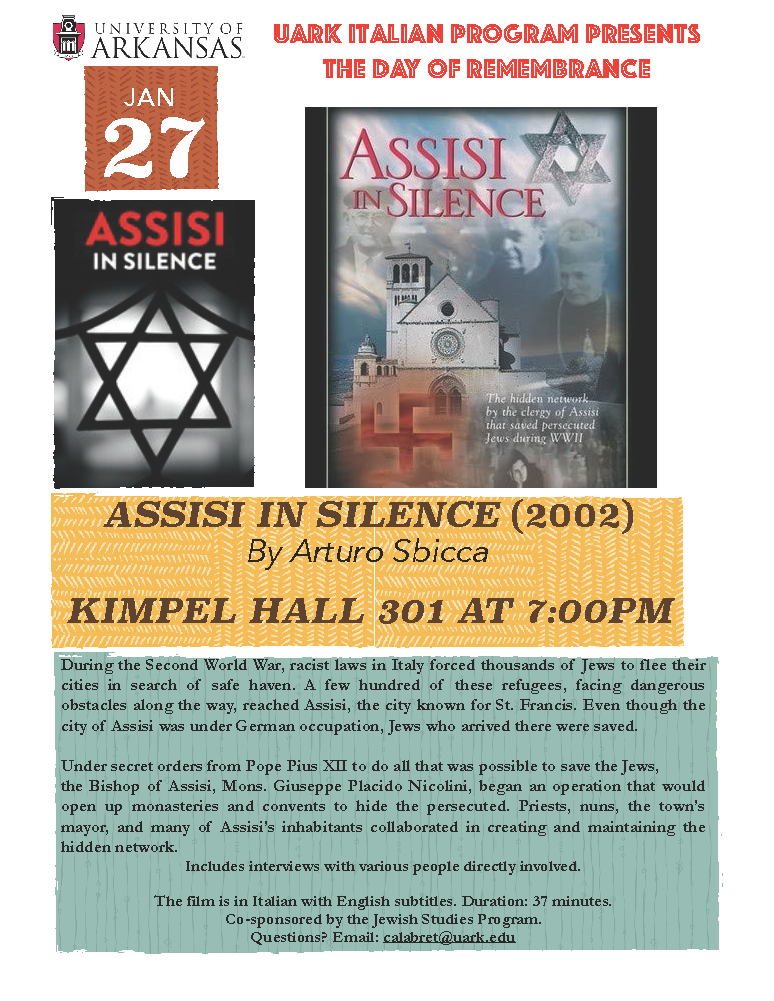 Join the Italian and Jewish Studies Programs in viewing a documentary screening of Assisi in Silence in commemoration of International Holocaust Remembrance Day. The screening will be at 7 p.m. Jan. 27 in Kimpel Hall 301.

During the Second World War, racist laws in Italy forced thousands of Jews to flee their cities in search of safe haven. A few hundred of these refugees, facing dangerous obstacles along the way, reached Assisi, the city known for St. Francis. Even though the city of Assisi was under German occupation, Jews who arrived there were saved.

Under secret orders from Pope Pius XII to do all that was possible to save the Jews, the Bishop of Assisi, Mons. Giuseppe Placido Nicolini, began an operation that would open up monasteries and convents to hide the persecuted. Priests, nuns, the town's mayor, and many of Assisi's inhabitants collaborated in creating and maintaining the hidden network.

The film is in Italian with English subtitles. Duration: 37 minutes.

Co-sponsored by the Jewish Studies Program.