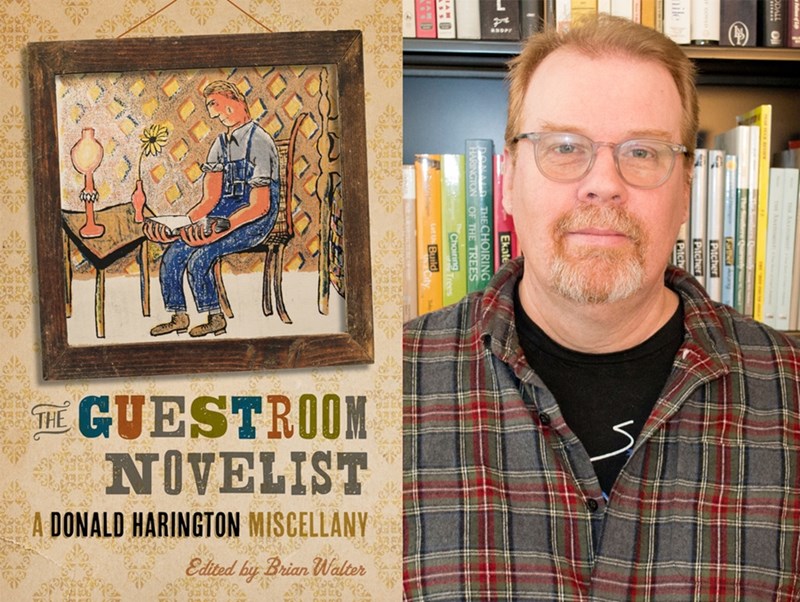 FAYETTEVILLE, Ark. – The Guestroom Novelist: A Donald Harington Miscellany, edited by Brian Walter ($29.95, cloth), has been released by the University of Arkansas Press and will be showcased during a celebration of the late novelist from 1 to 3 pm. Saturday, June 1, at the David and Barbara Pryor Center for Arkansas Oral and Visual History, 1 East Center Street in Fayetteville.

The event is free and open to the public.

Brian Walter will discuss the interviews, essays, articles and reviews from Harington, whose novels the Boston Globe once called the “quirkiest, most original body of work in contemporary U.S. letters.”

Harington was a long-time art history professor at the U of A. His 15 novels have a devoted following.

Walter is a professor of English at St. Louis College of Pharmacy and the creator of two documentaries on Harington. He did extensive work for The Guestroom Novelist in the University of Arkansas Libraries’ Special Collections Department, which holds the Donald Harington papers.

The event will also include a small display of artwork by Donald Harington from the Tyson Art Collection. Archie Schaffer, consultant and retired executive vice president at Tyson Foods, will present a brief discussion of the collection. Members of the Special Collections Department will display and discuss materials from the Harington papers.