U of A Graduate Named to Arkansas Board of Education 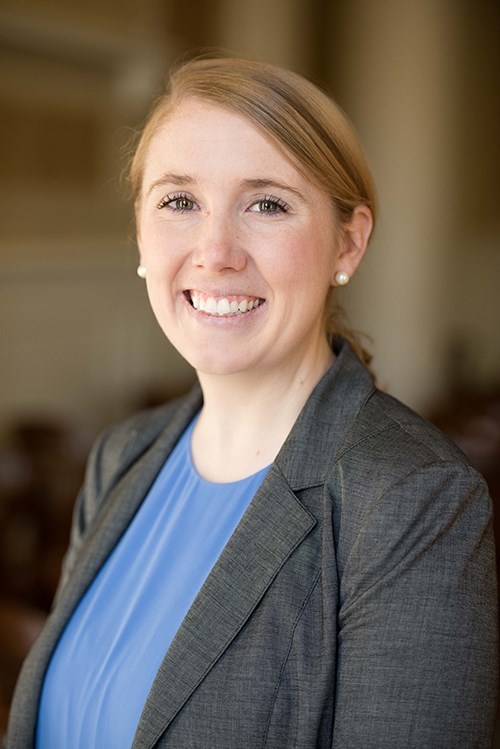 Gov. Asa Hutchinson named a University of Arkansas graduate to the Arkansas Board of Education, his office announced last week. Sarah Moore of Stuttgart earned a doctorate in education policy from the College of Education and Health Professions in 2015.

Moore served as the education policy adviser to the governor for three years, focusing on K-12 education issues, including the computer science initiative. In this role, she saw firsthand that Arkansas' students will be better prepared for their future and will exceed when provided high-quality opportunities, such as computer science, the announcement said.

She has a background in elementary education and education policy, formerly teaching elementary school in the Stuttgart district. She was awarded a Doctoral Academy Fellowship at the U of A, where she worked in the Office of Education Policy and with the Arkansas Teacher Corps. A native of Little Rock, she has a Bachelor of Arts from Duke University.

"I received a world-class education at the University of Arkansas Department of Education Reform, where I gained valuable research and analytical skills that guide my work and thinking in education," Moore said.