Pat Walker, Long-time U of A Benefactor, is Remembered on Campus 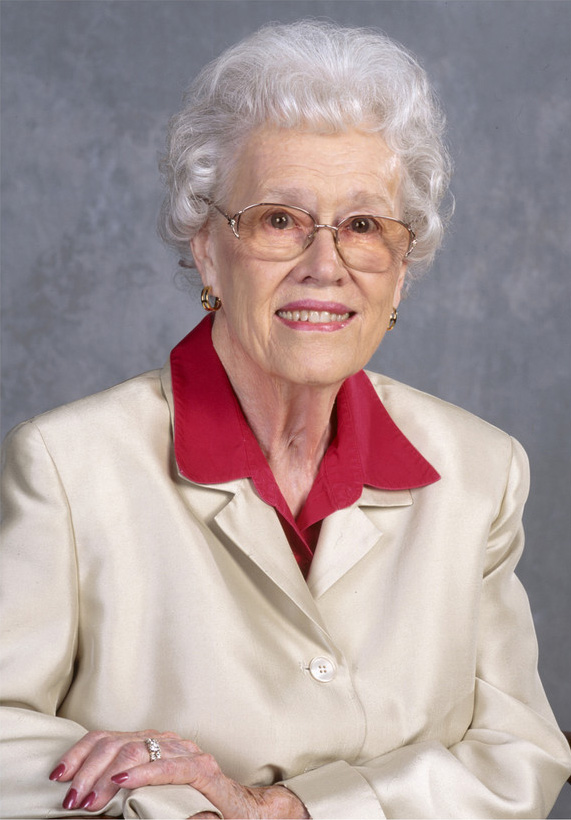 Those are some of the more obvious signs of the impact that Pat Walker, her husband, Willard, and their Charitable Foundation have had on the University of Arkansas.

"Pat Walker and the Walker family have made a tremendous impact on the University of Arkansas, providing support to our students and faculty in so many areas,” said Mark Power, interim vice chancellor for advancement. “The university community is saddened by her passing. She was an extraordinary person and will be missed.”

Mrs. Walker, born Amy Seamans, grew up in Tulsa and later moved to Coffeyville, Kansas, where she went to work at the S. H. Kress Department Store. On her first day of work, she met Willard Walker.

The Walkers married a year later, in 1942. Willard Walker continued to work in retail while his wife took accounting classes. They moved 22 times before settling in Springdale in 1958. The next year, Willard Walker was picked by Sam Walton to manage Walton's Five and Dime Store in Fayetteville. Walker later became a major stockholder in Wal-Mart, working for the company until his retirement in 1972.

The Walkers were already known for their philanthropy when they created the Willard and Pat Walker Charitable Foundation in 1986. The foundation provides grants in support of health care, education, the arts and humanitarian organizations in Arkansas and the region.

The University of Arkansas received many gifts from the Foundation, but one of the most significant was $3 million towards construction of a new U of A health center in 2001. The Pat Walker Health Center was completed and dedicated in November 2004, and Mrs. Walker toured the facility, meeting health center staff and members of the Student Health Advisory Committee.

“Pat Walker leaves a legacy of commitment to students, their well-being and their success,” said Mary Alice Serafini, executive director of the Pat Walker Health Center. “Through her generosity and sincere interest in students, thousands of student lives have been and will be impacted in positive and healthful ways. The Pat Walker Health Center – which provides wellness, medical and mental health care for our students – is known to our students as simply, ‘Pat Walker.’ We are all so fortunate to benefit from Pat's kindness, goodwill and service. This is her legacy for all of us to embrace and carry forward.”After Willard Walker passed away in 2003, Pat Walker remained active as president of the Foundation, which made an $8 million gift in 2005 to build Willard J. Walker Hall for students in the Sam M. Walton College of Business.

Pat Walker received many awards from the U of A, including a Distinguished Service Award from the Razorback Foundation in 1997, a Chancellor’s Medal in 2001 and an honorary Doctor of Humane Letters degree in 2005. She and her husband were also included in the Towers of Old Main, a recognition program for the university’s most generous benefactors.

Pat Walker’s impact, along with her husband’s, is impressive: even more impressive is a partial list of the all the organizations they, and their Foundation supported, in Northwest Arkansas and across the state: