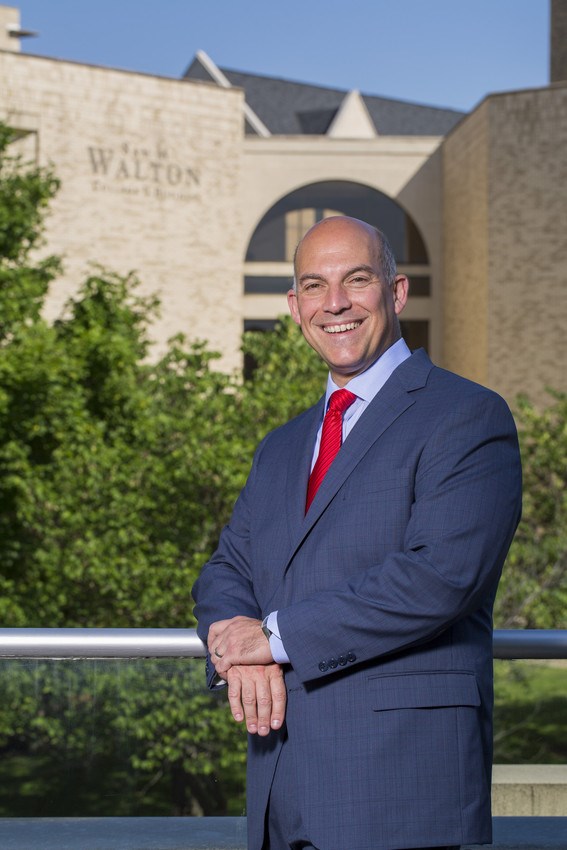 FAYETTEVILLE, Ark. – University of Arkansas Provost Ashok Saxena announced Tuesday that Matthew A. Waller will become dean of the Sam M. Walton College of Business on May 1.

Waller, a teacher, researcher and administrator at the Walton College for more than 20 years, has been serving as interim dean of the college. He was selected after a university committee conducted an internal search this spring. Waller will hold the Sam M. Walton Leadership Chair in Business in addition to his position as dean.

“Matt Waller has been making important contributions to Walton College from the time he arrived on campus,” Saxena said. “He has the experience, reputation, administrative skill and respect of his colleagues that are needed to lead Walton College moving forward.”

Chancellor Joseph Steinmetz praised Waller for his dedication to business and education in Arkansas.

“I have been very impressed with Matt Waller, as a person and as an administrator,” Steinmetz said. “Walton College is a vitally important part of the University of Arkansas mission to our students and to our state. I am confident that we have found the best person for this important position.”

Waller, 51, first came to the University of Arkansas as a visiting assistant professor in 1994. He became a full professor in August 2007 and has held many positions in the Walton College including director of its Executive M.B.A.-China program in 2008-2009.

He became chair of the Department of Supply Chain Management when it was established in July 2011 and served as interim associate dean for executive education before taking over as interim dean in July 2015 after Eli Jones left to become dean of his alma mater, the Mays Business School at Texas A&M University. Waller also held the Garrison Endowed Chair in Supply Chain Management.

“I am excited to become the next dean of the Walton College,” Waller said. “The direction of the college is strong. We have outstanding programs in place and with the support of the students, faculty and staff, we are going to build on that momentum to strengthen our position as one of the nation’s leading business schools. We also have a great responsibility as a business leader in the state to continue the strong relationship we have with the vibrant business community in Arkansas.”

The Walton College is ranked in the top 30 among public undergraduate business schools in the nation, according to the U.S. News and World Report 2016 “America’s Best Colleges.”

“This college is poised to move further ahead in national and international recognition,” Waller said.

He is co-editor-in-chief of Journal of Business Logistics, the leading academic journal in the discipline. His opinion pieces have appeared in Wall Street Journal Asia and Financial Times and he has been an SEC Academic Leadership Fellow. His research and teaching focus is on retail supply chain management. A paper he co-authored on total quality management is one of the most cited in 40 years in the journal Decision Sciences. His paper regarding vendor-managed inventory systems is third place for the most citations in the Journal of Business Logistics.

Waller is coauthor of The Definitive Guide to Inventory Management: Principles and Strategies for the Efficient Flow of Inventory across the Supply Chain published by Pearson Education.