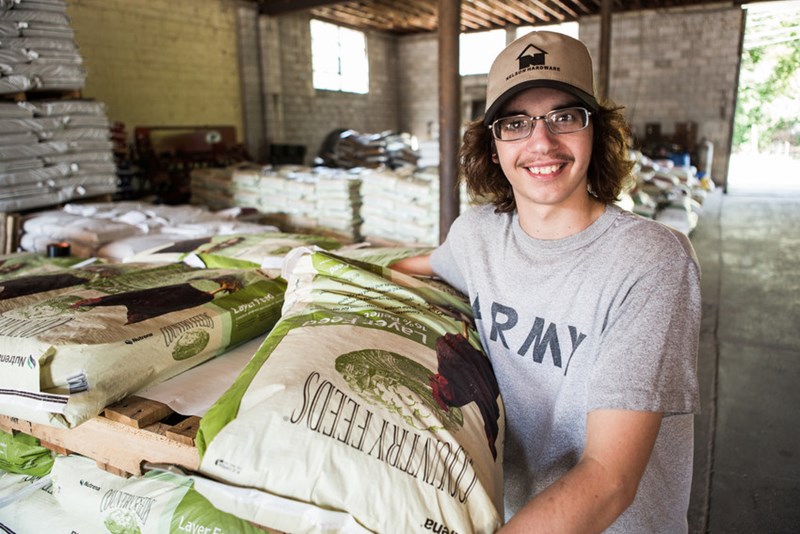 FAYETTEVILLE, Ark. – The U.S. Department of Education recently awarded an additional $3.3 million to the Arkansas PROMISE project that pays for paid work experiences for Arkansas teens with disabilities.

The goal of the PROMISE project is to improve the career and education outcomes of low-income teenagers with disabilities. Last summer, 278 Arkansas youth worked a total of 44,817 hours, Arkansas PROMISE reported. A total of 324 employers participated at 202 unique worksites in 55 cities and 25 counties.

“We see this as a confirmation that the Arkansas PROMISE project is doing exactly what it was designed to do,” said Tom Smith, dean of the College of Education and Health Professions. “Our staff has collaborated with numerous state agencies and other partners to utilize the best resources Arkansas has to offer teens with disabilities. In the first year of the project, the PROMISE staff and the staff of our partners took the plan from paper to reality with amazing efficiency, cooperation and success.”

Brent Thomas Williams, an associate professor who is the principal investigator of the grant project, said the new funding will help expand the success of PROMISE.

“We were able to see remarkable success in the first summer of paid work experiences for these teens, several of whom were asked to continue working for their employers during the school year,” Williams said. “This new funding will give both the teens and the employers who partner with PROMISE additional services and training for an even better experience in the summers to come.”

PROMISE has recruited 1,498 teens to date to participate in the project. Its goal is to enroll 2,000 teens by next April. Arkansas teens with disabilities between the ages of 14 and 16 who receive Supplemental Security Income are eligible for PROMISE.

The teens are enrolled and then divided into two groups with half of them receiving the additional training and paid work experiences, and the other half receiving only the usual services provided to teens with disabilities. Each teen in the group who received the additional training will do two 200-hour work experiences during the five-year program. The experiences of the teens in this group will be compared to the experiences of the 1,000 teens in the group who do not receive the additional services through PROMISE. Based on the results of the program, four federal agencies may use the PROMISE program as a model for future programs.

Philip Adams directs the day-to-day operations of the project. He said the new funds will enable PROMISE to hire more staff, provide more direct service and support to participants and host a weeklong summer camp for teens, a plan that was included in the original grant proposal but initially unfunded. The camp will be for enrolled teens who are not doing work experiences next summer.

The additional staff will include four retention specialists and two people to provide technical assistance while traveling the state and visiting job sites. PROMISE will increase training staff at monthly events at the 21 training sites throughout the state. Some funds may also be used to hire direct service staff such as personal care attendants for teens who need them on the job and behavioral support specialists to work with both the teen and the employer to help the teen be successful on the job.

“The supplemental funds will strengthen our existing services and provide additional support for the PROMISE participants to achieve their long-term goals,” Adams said. “The research staff and our partnering agencies have realized a well-designed project, and we welcome the additional support to continue progress toward our project’s goals.”